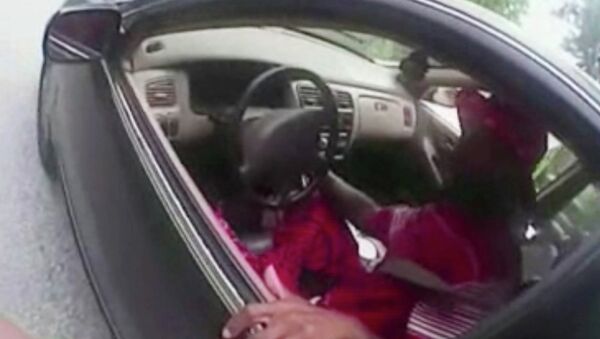 Dubose, 48, a father of 11, was stopped for a missing front license plate when he was shot in the head and killed by former Officer Ray Tensing.

The campus cop was fired from the department one week after the incident, and charged with murder after a grand jury chose to indict.  He is the first cop in Cincinnati to face murder charges for killing someone while on duty.

"It's an absolute tragedy that anyone would behave in this manner," Hamilton County Prosecutor Joe Deters said after releasing the footage. "It was senseless. It's just horrible. He purposefully killed him."

Other officers who had corroborated the officer’s false claims regarding the incident were not charged.

One of the lawyers representing the family is Mark O’Mara, best known for his defense of George Zimmerman after he shot to death the unarmed 17-year-old Trayvon Martin in Florida.

A lawsuit has not yet been filed in relation to Sam Dubose, but his mother, Audrey Dubose, has asked a judge to allow her to oversee her late son’s interests in the case by being appointed the administrator of his estate, as he was not married.

A hearing regarding his mother’s application is set to take place on September 16.