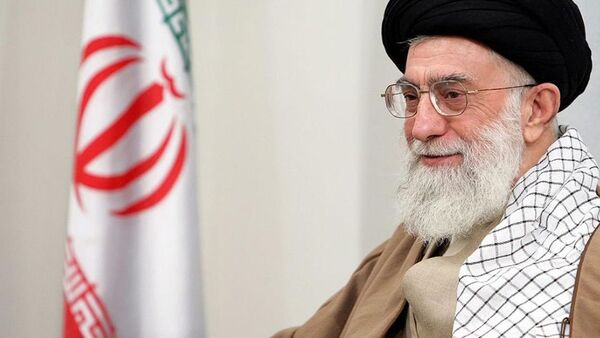 © Wikipedia / Mirella Cece
Subscribe
Ayatollah Khameini took to his Twitter account to again remind the US President he did not take kindly to the remarks Obama made about a possible conflict between US and Iranian armed forces.

Don't Even Try: Kerry Warns Against Possible Israeli Attack on Iran
The supreme leader of Iran, Ayatollah Khameini, took to Twitter on Saturday to remind US President Barack Obama that the remarks he made earlier this month that the US "could knock out their military," have not been well received in Tehran.

US president has said he could knock out Iran’s military. We welcome no war, nor do we initiate any war, but.. pic.twitter.com/D4Co7fVuVg

The caption was accompanied by a picture of a shadowed figure with a US flag stuck to his lapel and a gun to his head, which some observers took to be Obama himself.

US pres. said he could knock out Iran’s army. Of course we neither welcome, nor begin war, but in case of war, US will leave it disgraced.

Khameini's tweet was a response to comments the US president made in a July 14 interview with New York Times columnist Thomas Friedman. Friedman, who stated his "biggest concern," during the interview that "Iran is just not afraid of a serious US military retaliation if it cheats," asked Obama, "Why should Iran be afraid of us?"

Obama's reply puts Khameini's Twitter assessment of "the aggressive and criminal US," into context.

"Because we could knock out their military in speed and dispatch if we chose to…And I think they have seen my willingness to take military action where I thought it was important for US interests."

Khameini's tweet gained a wide response on Twitter, and was retweeted more than 1,100 times in less than two days.

One user told Khameini, "I just took you off my Christmas card list," while another imagined the consequences of such a conflict, predicting, "Halliburton stock will skyrocket."