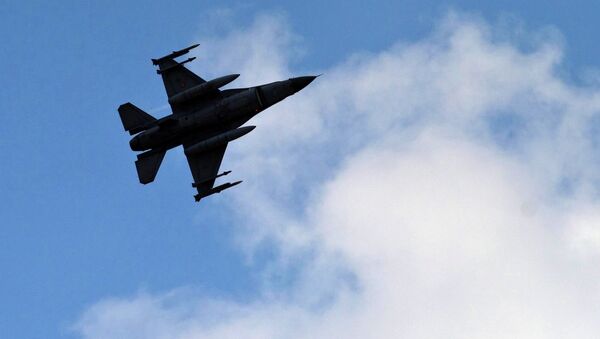 ANKARA (Sputnik) — According to the source, the Turkish Air Force launched three airstrikes against ISIL locations in Syria earlier in the day. The bombs destroyed two command centers and a meeting-point used by the militants.

The operation marks the first time that Turkey has carried out airstrikes against ISIL on Syrian territory.

Ankara Grants US Military Go-Ahead for Strikes Against ISIL From Turkey
Earlier in the day, Turkish Prime Minister Ahmet Davutoglu held an emergency meeting on national security in Ankara.

The meeting comes after a suicide bombing attack, on July 20, in the Turkish city of Suruc near the Syrian border, which claimed lives of 32 people and injured more than 100.

Turkey shares a 550-mile border with war-torn Syria, where the ISIL jihadist group has seized vast territories over the past three years. ISIL was reportedly responsible for the Suruc bombing.