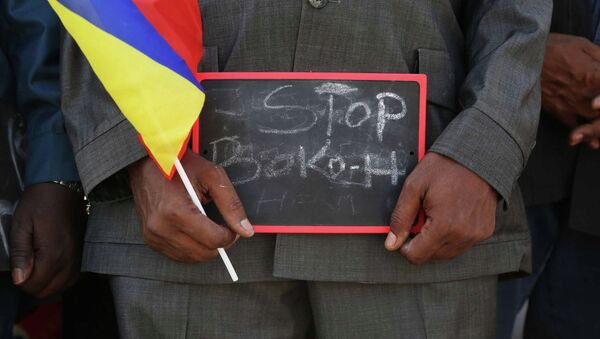 “Drugs play the role of gold and currency reserves for quasi-state groups.”

ISIL and Boko Haram have been using revenues from criminal activities to create state-like organizations on occupied territories.

Feuds Over Power, Money and Women Destroy ISIL From the Inside - Kurds
According to Ivanov, growing instability in North Africa and in the Middle East has turned the regions into major trafficking routes for Afghan heroin and South American cocaine. He suggested that world-drug-trafficking revenues are estimated to be in the neighborhood of $500 billion annually.

ISIL seized large areas in Iraq and Syria and established sharia law on the occupied territories. Terrorist groups from different countries, including Libya, Pakistan and Afghanistan have allied themselves with ISIL.

Boko Haram began staging attacks on northeastern Nigeria in 2009 and expanded them on Cameroon in 2013 and on Chad and Niger in 2015 to establish sharia law on the occupied territories. Previously, the group was associated with al-Qaeda, but allied themselves with ISIL in March.