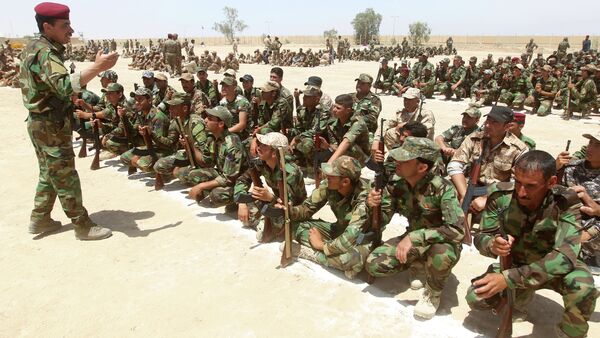 Undersecretary of Defense for Policy Christine Wormuth claims that US forces in Iraq are currently training 8,000 new Iraqi volunteers to fight ISIL.

WASHINGTON (Sputnik) — US forces in Iraq are currently training 8,000 new Iraqi volunteers to fight ISIL, but they need more troops, Undersecretary of Defense for Policy Christine Wormuth told the Center for Strategic and International Studies (CSIS) in Washington, DC.

“We haven’t got as many [volunteers] from the Iraq population as we would like,” Wormuth told a CSIS strategy forum on Monday.

US Plans to Position Drones in North Africa to Combat ISIL in Libya
The expansion of ground forces in Iraq was vital, she noted, because “an air campaign on its own is not going to defeat ISIL. We have to have ground forces as well.”

Wormuth acknowledged that in the decade following the US conquest and occupation of Iraq in 2003, Washington policymakers had permitted its new army to be dominated by Shias, thereby alienating the Sunni community from which ISIL drew its support.

“We have to have local forces who can fight ISIL,” the Pentagon policy chief said. “[That is] a central part of our strategy.”

Wormuth has held various senior positions at the Pentagon in the Obama administration, culminating in almost two years as Deputy Under Secretary of Defense for Strategy, Plans and Force Development from August, 2012 until taking up her current post in June 2014.