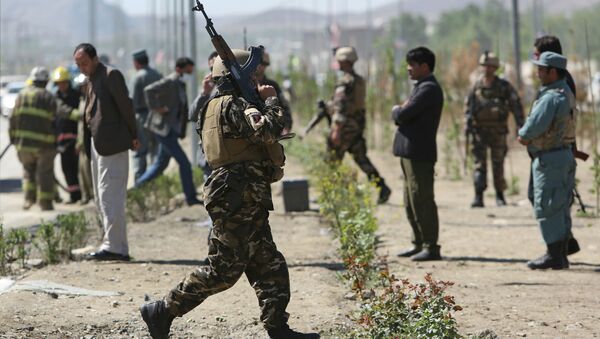 WASHINGTON (Sputnik) — Afghan Army and allied casualties are 60 percent higher than they were in 2014, Undersecretary of Defense for Policy Christine Wormuth told an audience at the Center for Strategic and International Studies (CSIS) think tank in Washington, DC.

“[The Taliban] is launching high profile attacks… aimed at harming innocent civilians and trying to undermine the credibility of the government in Kabul,” Wormuth stated on Monday.

Afghan and US forces were facing 60 percent higher casualties this year than last year, she said.

NATO Failed to Control Taliban, Spawned Mayhem in Afghanistan
The Taliban had launched “a pretty aggressive insurgency,” she added, and warned that the attacks were not now limited to a single campaigning season but appeared to be continuing around the year.

However, Wormuth insisted that the Taliban forces were suffering heavy casualties, in part because Afghan security forces had increased their own operational tempo.

“When the Afghans go on the offensive… against the Taliban, they have much lower casualty rates,” she noted.

The Taliban is not seen as poising “an existential threat” to the survival of the Kabul government, Wormuth said.

“Taliban forces are taking more hits than last year [and] they have not been able to achieve their strategic and operational goals,” she explained.

Wormuth also insisted that the steady drawdown of the Allied International Security Assistance Force in Afghanistan was not imperiling the government or tipping the odds against the regular Afghan forces.

“[T]he Afghan security forces themselves are doing more and taking the responsibility for defense [as] the coalition footprint gets smaller,” she said.

Wormuth has held various senior positions in the Defense Department in the Obama administration culminating in almost two years as Deputy Under Secretary of Defense for Strategy, Plans and Force Development from August, 2012 until taking up her current post in June 2014.