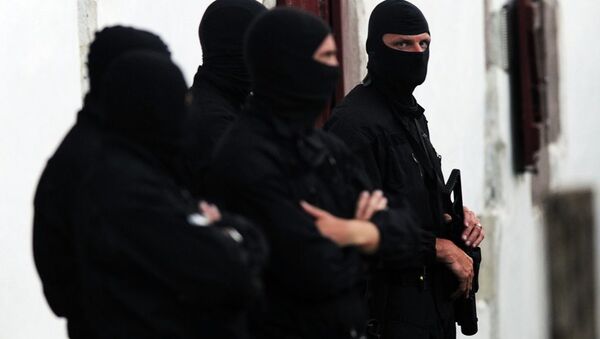 © AFP 2023 / Gaizka Iroz
Subscribe
International
India
Africa
Basque nationalist and independence group ETA is once again in the headlines after two alleged members were charged with trafficking weapons and conspiring to carry out attacks, further heightening concerns in Spain and France about a return to the violence of decades past.

French judicial sources confirmed that Xabier Goyenechea Iragorri and Joseba Inaki Reta – two of Spain’s most wanted people – were arrested in the town of Osses in southwestern France. 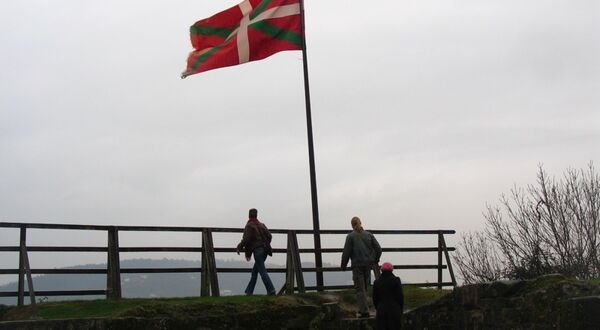 The pair, who are alleged members of ETA, have been charged with conspiracy to commit a crime, owning and transporting weapons and carrying false documents, while Goyenechea Iragorri is also thought to have been involved in the fatal shooting of a French policeman in Paris in 2010.

The arrests come amid the increased attention ETA has received in recent time, with a Spanish judge opening a crimes against humanity probe into the group.

The probe will look into a series of killings and kidnappings that ETA is accused of carrying out after 2004.

Concerns Over Escalation of Violence

Despite a period of relative peace and a series of ceasefire agreements, there are fears violence may return to the Basque independence movement, following unconfirmed reports of ETA members taking part in armed military training camps throughout the region.

It has also reignited the debate over home grown terror in Europe, following decades of attacks being carried out by ETA members.

Since a final ceasefire was signed in 2011, and the group announced it had stopped its armed activity, there had been hope that it would end the violence that had been associated with the group.

However ETA has since refused to hand over all of its weapons or dissolve as an organization, as requested by the governments of Spain and France, which has sparked fears of the potential for more violence and attacks to be carried out.

The announcement of more alleged members being arrested by trafficking weapons has only added to the concerns among authorities in Spain and France.

ETA, an acronym for Euskadi Ta Askatasuna (Basque Homeland and Freedom), was established in 1959 as a social movement in the Basque region of northern Spain and southwestern France, promoting Basque culture and language, which was repressed under the Spanish dictatorship of General Franco.

Over the years the group splintered into military and political arms and is accused of carrying out a number of terrorist attacks in Spain and France, and as a result is considered to be a terrorist organization in by the European Union.

Official figures state that ETA is responsible for the deaths of 829 people, plus many others who were injured and kidnapped by militants.

Many efforts were made to bring to an end the violence enveloping the region, with a series of earlier ceasefires culminating in the 2011 agreement to stop all military activities.

Despite the group taking part in some forms of disarmament, there has been constant speculation of it continuing to train members in secret military camps.

While many of ETA’s aims of pushing for independence and greater autonomy from the Spanish and French governments are supported by numerous political parties and significant portions of Basque-speaking people, the violent methods of the group have been widely condemned and seen by many Basques as being hugely detrimental to the overall independence movement in the region.