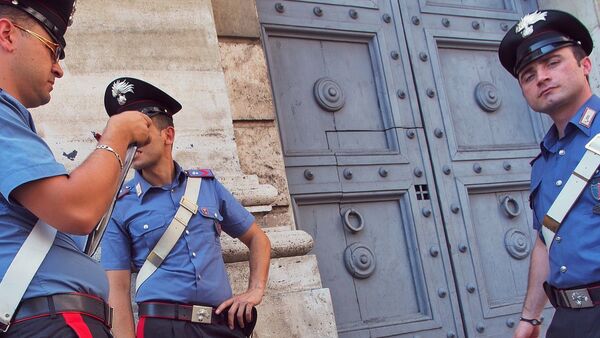 © Flickr / Peter Szabo(PeSaboterz)
Subscribe
International
India
Africa
A member of the Basque terrorist organization ETA, Carlos Garcia Preciado, who burned a bank in the Basque Country in August 1997, was detained in Rome, according to the Spanish Interior Ministry.

Man Arrested at Madrid’s Train Station for Threatening to Blow Himself Up
MADRID (Sputnik) — A member of the Basque terrorist organization ETA, Carlos Garcia Preciado, who had been on the run since 2000, was detained in Rome on Wednesday, the Spanish Interior Ministry said.

Local Spanish media reported at the time of arrest that Preciado had forged documents.

Spanish Police Detain Ten Suspects of Terrorism Promotion on Internet
After Preciado burned a bank in the Basque Country in August 1997, he was sentenced to 16 years in Spanish prison for participation in terrorist activities. In 2006, a French court also sentenced Preciado to 3 years in prison for being a member of a terrorist group.

ETA, "Basque Homeland and Liberty", is a separatist organization in Spain that used terrorism as a way of highlighting the cause of Basque independence. It has killed more than 800 people in terrorist attacks over the last 50 years, according to the Spanish government. However, in October 2011, ETA declared a "definitive cessation of its armed activity". No attacks have been registered since.