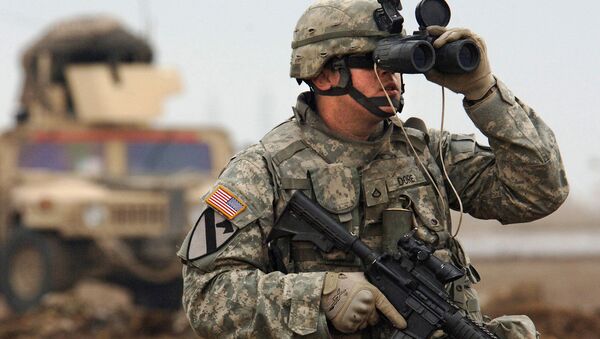 During 25 years after the collapse of the Soviet Union, NATO has not forgotten even for a moment about the idea of an attack on Russia, Belgian political scientist and director of geopolitical research center Euro-Rus Kris Roman said in an exclusive interview with Regnum.

"But they had no pretext. Now, due to the chaos in Ukraine, this opportunity appeared and it is actively developed. The older generation, which had been brought up on the propaganda against the Soviet Union, has already accepted the idea of ​​an inevitable conflict with Russia," Roman said.

The Belgian expert believes that with the collapse of the USSR, NATO should have stopped existing, but somehow the alliance "has grown to the size of the Universe because the motto 'The Russians are coming!' is relevant again."

Specter of Cold War: NATO Calling for Militarization of Eastern Europe
Roman said that when the Belgian defense minister had announced that 1,000 Belgian soldiers would be sent to the Baltic states in the event of a "potential Russian attack."

The United States has repeatedly criticized Europe for small contributions to the NATO budget, saying that the EU tries to save money at the expense of its military budget.

"For America, this is unacceptable, because the whole economy of this country is built on the military theme — to maintain its economic growth, the United States needs a war every 4 years, otherwise the economic growth slows down, it's not a secret. But the United States cannot fight alone, they need puppet-allies, but NATO members, which are suffering a crisis, cannot increase the budget allocations to the military budget, so Europe is under pressure," Kris Roman said.

The Belgian expert noted that Russophobia is like a disease as "once infected, you become incurable."

The European analyst also commented on the information war aimed against Russia noting that it had been previously used with regard to Iraq and Libya.

"It is no longer possible to lie and not be punished. Our media simply prefers to remain silent in order not to be caught lying. What they can say? That the Russians were right? That the Russian army is not there [fighting in Donbass], while the Ukrainian army is at war with its own people? They cannot say such things. The official motto is to blame Russia."

"Remember the downed Malaysian Boeing [MH17 that crashed near Donetsk in July 2014]? Our media began screaming that it is Russia's fault when it was still falling. Now there are facts that the Russians did not do it, and, as a result, we no longer hear about the investigation. Silence says that the truth is not on the side of Belgian and European media. If they ever had something [regarding Russia's involvement in the crash], they would have shouted it from morning to evening," he concluded.