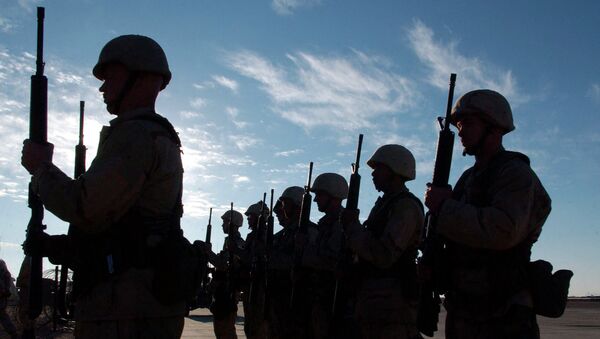 The US military has over-invested into weapons which work well for launching attacks on countries like Iraq, Afghanistan and Syria but are quite ineffective for countries like Russia and China, media outlet Flight Global reports.

The US military has over-invested in purchasing short- range direct attack bombs and has under-invested in the long-range, stealth and precision-guided weapons.

Due to that, the United States cannot overcome the defenses of such countries as Russia, China and Iran. This conclusion was reached by experts of the Center for Strategic and Budgetary Assessments, reports media outlet Flight Global.

US Military Strength 'Tempts' Use of Nuclear Weapons by Adversaries
The report points out that from 2001 to 2014 the US Department of Defense bought 304,750 weapons for direct action with a radius of up to 50 lesions nautical miles (80.47 km), which accounted for 96% of all weapons purchase.

During the same period only 7109 long-range weapons were purchased. They can blast the radius of 400 nautical miles (643.74 kilometers).

The experts concluded that the short-range weapons are only effective when the aircraft can get close to the target but it is impossible at carrying out large-scale military operations against the enemy, which has high-precision weapons.

This report, in fact, confirms what US generals have been saying over the past few years, that the US military investment is aimed at supporting military operations in countries such as Iraq, Afghanistan and now Syria where “planes can fly and drop bombs without consequences,” writes Flight Global.

At the same time, such weapons are ineffective in the hypothetical operations which may involve Russia, China and Iran.