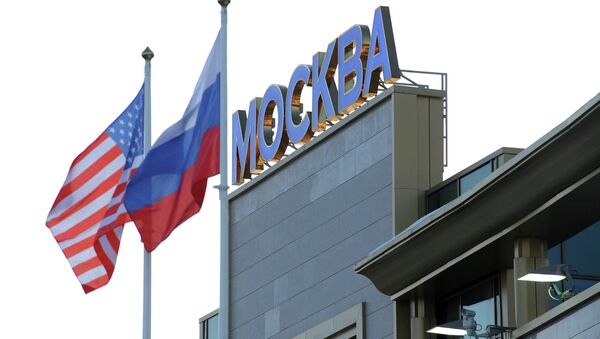 © Sputnik / Sergey Pyatakov
/
Go to the mediabank
Subscribe
International
India
Africa
US Deputy Assistant Secretary for Export Administration Matthew Borman told Sputnik that US companies have maintained their interest in having regular trade with Russia despite Western sanctions imposed on Moscow.

WASHINGTON (Sputnik), Leandra Bernstein — US companies have maintained their interest in having regular trade with Russia despite Western sanctions imposed on Moscow, US Deputy Assistant Secretary for Export Administration Matthew Borman told Sputnik on Thursday.

“In the energy sphere, that’s a big area, aviation is another big area, high tech generally, those are all areas of interest,” Borman said.

Since March 2014, the US-Russian trade relations have been increasingly strained as a result of Western sanctions targeting Russian energy, technology and defense companies, as well as the financial sector.

Russia
Putin: Russia Aims to Ensure Comfortable Investment Climate
The sanctions were based on Western accusations that Russia was interfering in the internal affairs of Ukraine, allegations Moscow has repeatedly refuted.

“Absent the situation,” Borman said, US companies would “absolutely” wish to engage in business with Russia.

The US Department of Commerce will regularly hear from companies if they are experiencing significant losses as a result of US trade or foreign policies, Borman noted.

Borman added he is “not aware of significant dollar value impacts on US companies.”

Moscow has stated that Western economic sanctions are not having a significant impact on the Russian economy, which recently slumped as a result of falling global oil prices.