Bank of England Stress Test Should Be Scrapped, Says Report 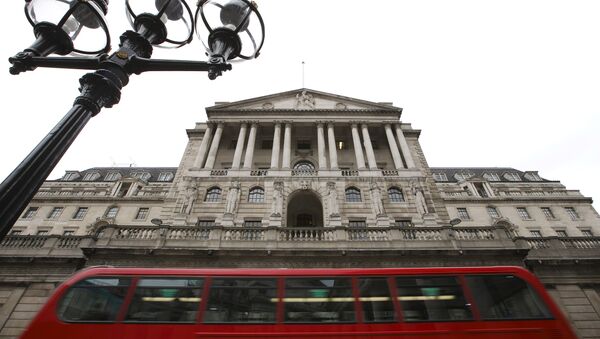 The Bank of England's stress test is "highly unreliable and worse than useless" - according to a new report. A stress test examines a bank's ability to cope with an economic crisis. For example, what happens if unemployment goes up, equity markets crash, GDP falls, oil prices rise, interest rates go up... Still with me?

Kevin Dowd, a senior fellow of the Adam Smith Institute, partner with Cobden Partners and professor of finance and economics at Durham University carried out an analysis of the stress test and says his "policy analysis presented […] suggests that the program is seriously flawed and the Bank's confidence unwarranted."

"To start, it violates some of the principles of good stress testing methodology, including most basically the need to consider a ranger of alternative scenarios and not just the one scenario considered by the Bank.

New ASI report: 'If the BoE used the standards set out in Basel III, at best just two (of eight) banks would pass.' http://t.co/awunVPqOwh

"The Bank's stress tests are therefore highly unreliable and the UK banking system is much weaker and more vulnerable than the Bank of England would have us believe."

Professor Dowd also points out that the recent stress test failed to notice the impending collapse of three national banking systems: Iceland in 2008, Ireland in 2010 and Cyprus in 2013.

The report attacks the Bank of England's stress tests, arguing that they aren't rigorous enough and they are "sleepwalking" the sector into another financial crisis and that the whole system should indeed be scrapped.

The Bank of England requires banks to meet a minimum three percent leverage ratio — which measures how much capital comes in the form of debt loans against its assets. If this minimum ratio had been imposed last year Lloyds Banking Group, Royal Bank of Scotland, the Co-operative Bank and Santander would have failed.

The Bank of England published the results of its first stress test in December 2014. The Co-operative bank was the only one of eight banks that failed the test.

Accusations that #UK #bank stress tests are useless don't surprise. We should require stress testing but leave the details to professionals

However, according to Professor Dowd: "The Bank's risk modeling — its stress tests and its celebrated fan charts — are utterly lacking in credibility.

"The Bank asks us to believe that there are no icebergs out there merely because the Bank's own radar — and a demonstrably faulty radar at that — fails to detect them: essentially, the same radar that completely missed the last iceberg that sank the banking system in 2007-2009.

"It is surely better to have no radar at all than a blind one that no-one can rely upon."

Greece, which is teetering on the edge of bankruptcy, was given the all clear by the European Central Bank stress tests last year.