The number of nuclear weapons in the world decreased from 16,350 in early 2014 to 15,850 in early 2015, but the main nuclear powers continue modernizing their arsenal, according to the findings of Stockholm International Peace Research Institute (SIPRI) Yearbook 2015 published Monday.

STOCKHOLM (Sputnik) — According to the Institute, the main reason behind the current decrease in the number of nuclear warheads is that the two main nuclear powers — the United States and Russia — continue to reduce their nuclear arsenal.

"At the start of 2015, nine states — the United States, Russia, the United Kingdom, France, China, India, Pakistan, Israel and the Democratic People’s Republic of Korea (DPRK, or North Korea) — possessed approximately 15 850 nuclear weapons, of which 4300 were deployed with operational forces. Roughly 1800 of these weapons were kept in a state of high operational alert."

"At the same time, both countries have extensive and expensive long-term modernization programmes under way for their remaining nuclear delivery systems, warheads and production."

The organization noted that today the process of nuclear disarmament is going at a slower pace than a decade ago. 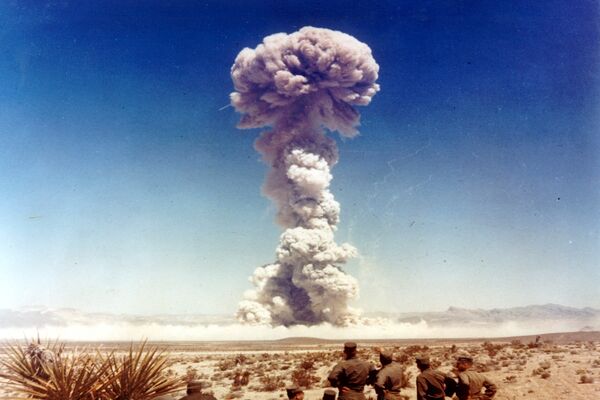