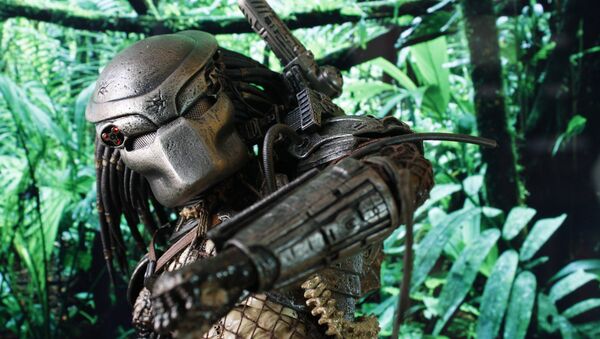 Aaron Fishman from the University of Bristol in England and his counterparts have created an artificial skin mimicking that of cephalopods — sea creatures with the astonishing ability to change the color of their skin in the blink of an eye and make themselves invisible.

The scientists have developed a system that works just like the skin of cephalopods, octopuses, squid and cuttlefish.

"We were able to mimic patterning seen in biological chromatophores," Fishman told LiveScience, adding that the system can be used as fast-acting camouflage, for "a cloaking suit that is adept to blending into a variety of environments."

Squid-Inspired Stickers Could Make Soldiers Invisible in the Dark
This "smart-clothing" can make its wearers invisible, like the alien Predator in the eponymous Hollywood blockbuster.

To accomplish this bold and unusual task, the scientists primarily made artificial "muscles" from soft, stretchy materials. These "muscles" can then quickly change in size and shape in response to electrical signals.

Then, the researchers connected arrays of dye spots to the materials holding the "muscles." These dye spots could either expand or contract when the muscles changed their size and shape, prompting the sheet to change its color.

Science & Tech
Russia Begins Development of Ratnik-2 Future Soldier Gear
Previously, a group of American researchers designed their own version of artificial "cephalopod" materials. Scientists from the University of Houston and the University of Illinois at Urbana-Champaign created an artificial color-changing skin that consisted of pliable sheets of light sensors and a temperature-sensitive dye capable of changing color automatically according to the surroundings.

In contrast, Fishman's cephalopod skin is activated by electricity and not heat. According to the scientist, that allows his system to react faster and in a more manageable manner.

Fishman elaborated that the invention can be used not only for manufacturing camouflage clothing but also for creating an eye-catching appearance.

"Complex and dynamic patterns would stand out in times of danger, in, for example, a search-and rescue-operation," the researcher underscored.