MH370 Mystery Solved – Or at Least, Mathematicians Say So 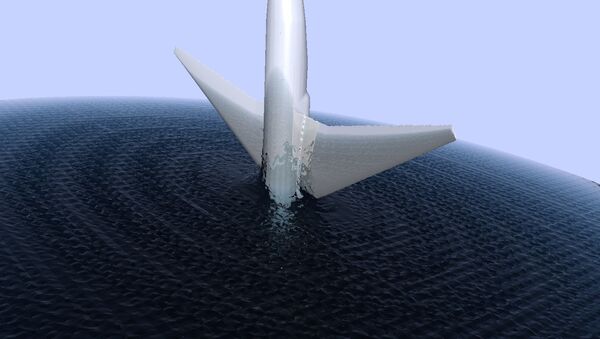 A team of researchers led by a math professor has conducted numerical simulations, using applied mathematics and computational fluid dynamics, and made a forensic assertion that the plane apparently entered a 90-degree nosedive, which explains the lack of debris or spilled oil in the water near where the plane is presumed to have crashed.

An interdisciplinary team of researchers from Texas A&M University Penn State, Virginia Tech, MIT and the Qatar Environment and Energy Research Institute (QEERI), including a researcher of Russian origin, Alexey Sergeev, has offered its explanation of what might have happened to the missing plane.

“The true final moments of MH370 are likely to remain a mystery until someday, when its black box is finally recovered and decoded,” said Dr. Goong Chen, an applied mathematician. “But forensics strongly supports that MH370 plunged into the ocean in a nosedive.” 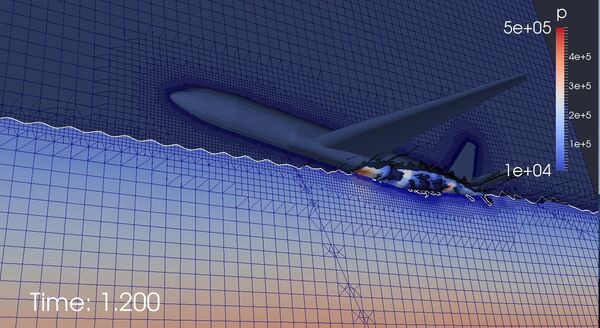 The team has published the results of their research, which was completed after numerical computer simulations and modeling on the RAAD Supercomputer at Texas A&M at Qatar, using applied mathematics and computational fluid dynamics.

The article is available in the April 2015 issue of Notices of the American Mathematical Society.

In any rescue and recovery effort involving airplane crashes in water, the search for floating debris and oil is key.

So, Chen wondered, why has there been no debris found at all so far for MH370?

The computer simulations lead to the forensic assertion that a 90-degree nosedive explains the lack of debris or spilled oil in the water near where the plane is presumed to have crashed.

The researchers used applied mathematics and computational fluid dynamics. Based on all available evidence, the mostly likely theory is that the plane entered the water at a vertical or steep angle. 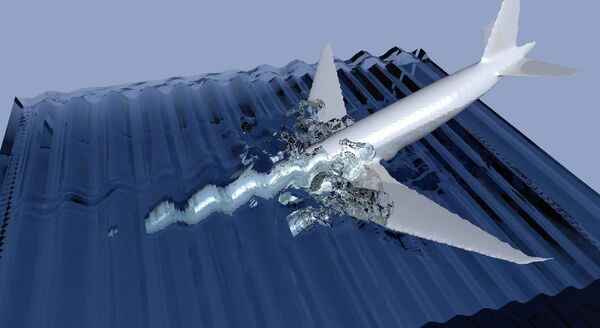 The team simulated five different scenarios, including a gliding water entry similar to the one Capt. Chesley B. “Sully” Sullenberger skillfully performed when US Airways flight 1549 landed in the middle of New York City’s Hudson River, a feat that’s referred to as “the miracle on the Hudson.”

The fluid dynamic simulations indicate that during a vertical water entry, that there would be no large bending moment, which is what happens when an external force, or momentum, is applied to a structural element (such as a plane), which then causes the fuselage to buckle and break up.

Clue to Flight MH370 Mystery May Have Just Been Found in the Maldives
As the vertical water-entry is the smoothest with only small bending moment in contrast with other angles of entry, the aircraft is less likely to experience “global failure,” or break up on entry near the ocean surface, which would explain the lack of debris or oil near the presumed crash site.

Based also on the suggestions of other aviation experts, Chen said that in such a situation, the wings would have broken off almost immediately and, along with other heavy debris, would have sunk to the bottom of the ocean, leaving little or no trace to be spotted.

The Malaysian Airlines Boeing 777, with 239 passengers and crew members on board, vanished in March 2014 en route from Kuala Lumpur to Beijing. After about an hour of travel, the plane disappeared from radar, apparently crashing in the Indian Ocean. No trace of the plane has been found.