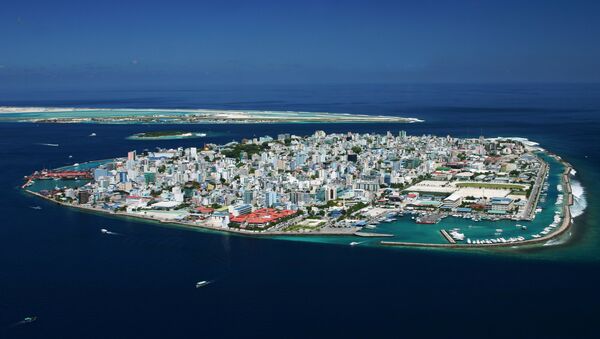 © Wikipedia / Shahee Ilyas
Subscribe
A little over one year since the disappearance of Malaysian Flight MH370, some residents of one of the Maldivian islands insist they might have seen the Boeing 777 aircraft, which went missing with 239 people on March 8, 2014.

The residents of the remote Maldives island of Kuda Huvadhoo in Dhaal Atoll reiterate that the jumbo jet they saw on March 8, 2014 might have been Malaysian Flight MH370, which disappeared from radar screens on the same day, according to Australian media reports.

The villagers are still wondering why the investigators are not questioning them. 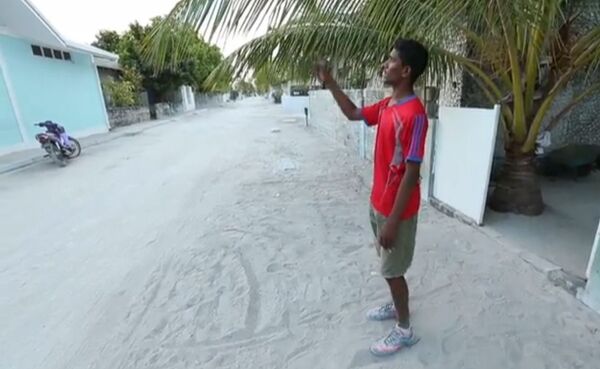 "I watched this very large plane bank slightly and I saw its colors — the red and blue lines — below the windows, then I heard the loud noise," the media quotes Abdu Rasheed Ibrahim, a 47-year-old court official as saying. "It was unusual, very unusual. It was big and it was flying low. It was a holiday and most people had gone to bed after praying."

"First, I saw the plane flying towards me over water. When it was over my head I saw it starting to turn away. At first glance, I did not know it was a missing plane. I didn’t know that a plane was missing. I went straight home and told my wife about it. I told my family, ‘I saw this strange plane’. This is the biggest plane I have ever seen from this island. My family says, ‘It might be the Malaysian plane’. I have seen pictures of the missing plane — I believe that I saw that plane. At the time it was lost, I strongly felt those people who were searching should come here,” he added. 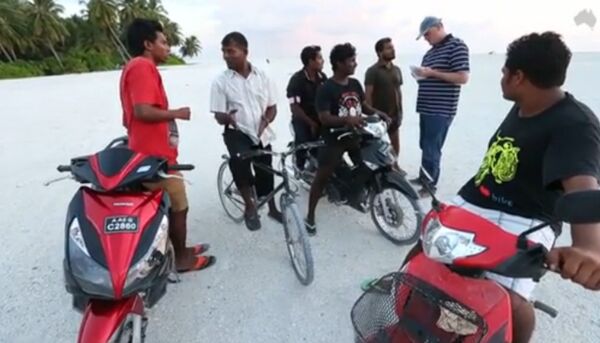 The same was confirmed by other residents, all of whom insist that the jumbo jet they saw was flying very low and they were able to see its colors.

"I saw the blue and red on a bit of the side. I heard the loud noise of it after it went over. I told the police this too,” said 16-year-old student Humaam Dhonmamk.

"“I’m very sure of what I saw on a very clear and bright day, and what I saw was not normal — the plane was very big, and low. I did not know until later that other people saw it too. I don’t know if it’s the Malaysia plane," said 34-year-old IT manager Ahmed Shiyaam, adding that he was riding with his daughter that morning when he stopped and looked up at the sky and saw a low-flying plane.

"This was not a normal sight — the plane was different,"’ says 40-year-old Ahmed Ibrahim, who believes he also saw the flight from his garden. "It was very big, very noisy, and flying low. Later that afternoon on the beach I was told the news about the missing plane. I think this is the same flight."

The disappearance of the Boeing 777 jet and all 239 people aboard left the whole world bewildered a year ago.

Top Five Conspiracy Theories of MH370 Disappearance
Malaysia Airlines flight MH370 disappeared from radar screens on March 8 while en route from Kuala Lumpur to Beijing less than an hour after takeoff. There were 227 passengers and 12 crew members on board.

Based on an analysis of aircraft performance data, estimated fuel, weather conditions, time, likely impact and other flight variables, experts suspect the MH370 crashed in the southern Indian Ocean, but no trace of the plane has been found so far.

On the first anniversary of the plane’s disappearance, an independent investigation group published the 584-page report which went into the minute details of the crew’s lives, their medical and financial records and their training, and detailing the aircraft’s service record and maintenance schedule, along with weather, communications systems and other data.

The group found nothing unusual but revealed that the battery in an underwater locator beacon had expired more than a year before the flight.

The report has been condemned by relatives of the missing passengers for failing to shed any light on what happened.