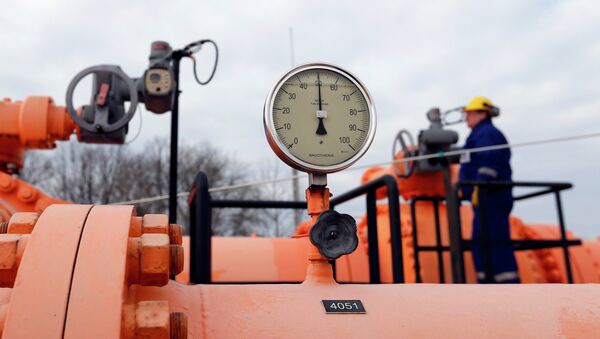 The head of the International Energy Agency (IEA) hopes the delivery of Russian gas to Europe will continue, since one third of the gas used in Europe right now comes from the East.

Despite efforts to diversify its energy sources, Europe will continue to receive gas from Russia, said Maria van der Hoeven, the Executive Director of the International Energy Agency (IEA).

"If you look at the supply of Russian gas, its delivery in the past was always reliable. And I would like to emphasize this. One third of gas used in Europe comes from Russia," van der Hoeven told RIA Novosti.

If Europe wants to diversity its gas supply, it would have to work on getting more liquefied natural gas (LNG). However, the current prices for Russian gas are cheaper than those of LNG, the head of IEA said.

Russian Gas Remains Europe's Best Option – Former US Energy Secretary
Furthermore, the diversification of gas supply will require significant investment into the development of infrastructure in Europe, thus using up more domestic resources. Right now, there are many internal debates around this issue. That's why van der Hoeven hopes that the delivery of Russian gas to Europe will continue.

When asked about the Turkish Stream, the IEA head said it's a good idea to create a gas hub on the border of Turkey and Greece. She added that it's a good idea that Russia is trying to diversity its supply route to sell gas in Europe; however, van der Hoeven emphasized that the route should then be used to transport gas to the rest of Europe.

Van der Hoeven said the IEA expects that global energy prices will increase during the second half of 2016. However, she was careful not to get too optimistic and added that it's important to monitor the situation and not to draw conclusions too early.