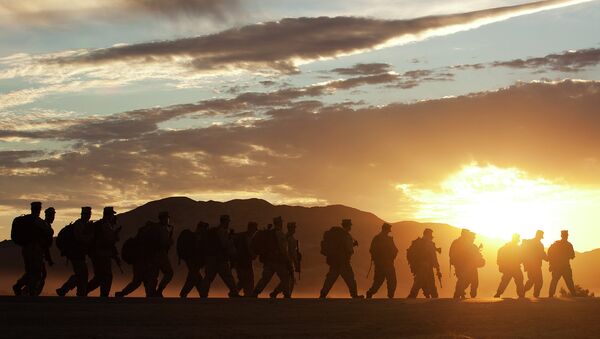 US have pledged to pay Spain 26 million euros to allow US to form a permanent military base at Moron de la Frontera near Seville.

The Spanish government approved an agreement with the US to allow the US military to establish a permanent base at Moron de la Frontera, near Seville in southern Spain for 2,200 American Marines for the purposes of deployment on missions to Africa.

Spain to Extend US Military Presence at Southern Air Base
The deal approved by Spain's Cabinet allows for the US to station up to 3,000 troops at the Moron air base, up from the current 850. The number of aircraft positioned can be increased from 14 to 40.

The US force was first stationed at Moron in April 2013 after a deadly attack on the US consulate in Benghazi, Libya the previous year.

"The aim is to contribute to the stability of the region and common security in Africa, Europe and the Middle East," said Spain’s Deputy Prime Minister Soraya Saenz de Santamaria, media reports.

With the new arrangement the Marines will be able to launch missions in the region to protect their embassies, perform rescue missions and intervene in conflicts and humanitarian crisis.

The minister further said that the US has assured to invest 26 million euros ($29 million) in infrastructure work at the base, a gesture which Spain’s local economy is highly interested in at the moment.