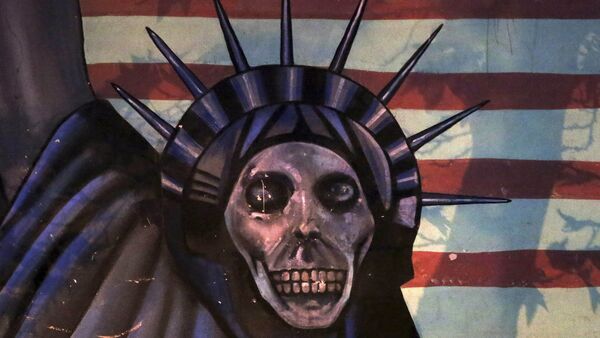 A senior commander of Iran's Armed Forces accused the United States of creating the Islamic State as part of a strategic goal to redraw the map of the Middle East.

The Sunni group, notorious for its brutality, "is the product of the thoughts and acts of the US state-sponsored terrorism," said Brigadier General Massoud Jazzayeri, the deputy chief of staff of the Iranian Armed Forces, as quoted by the Fars news agency.

The United States unleashed the Islamic State on the region to create a new Middle East by fueling "uncertainty in the resistance front and the nations' awakening, [destroying] culture and civilization and resources of the regional countries' progress and [weakening] the Muslims in all fields with the help and alliance of the regional hirelings," the general underlined.

US is the supporter& plotter of terrorism. #Iran has fought #terrorism, has slapped it,has hit in the head and will continue to do so. #ISIS

US-Led Invasion of Iraq to Blame For Rise of Islamic State – Ex-UN Envoy
The Islamic State made headlines last week after capturing a town of Ramadi close to the Iraqi capital of Baghdad and Palmyra, a UNESCO world heritage site famous for its priceless 2,000-year-old ruins. Ramadi was largely abandoned by the US-trained Iraqi security forces which offered no resistance to the militants.

After making major gains in the Middle East, the brutal group is estimated to control approximately 50 percent of Syria's territory and a third of Iraq despite efforts of the US-led international coalition set to destroy the IS.