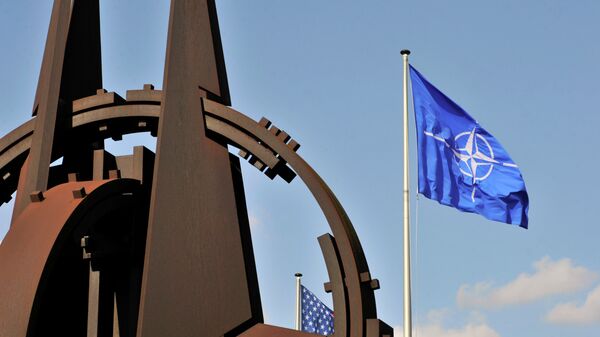 Researcher at the Center for International Governance Innovation Simon Palamar told Sputnik Radio that there is a chance for wide NATO-Russian cooperation noting that NATO Secretary General Jens Stoltenberg is ready for a constructive dialogue with Moscow.

Mr Simon Palamar, Researcher at the Global Security & Politics Program at the Center for International Governance Innovation in Waterloo, spoke to Radio Sputnik on NATO-Russia relations.

“NATO and Russia will disagree on major policy matters in the future. Unfortunately right now given the war in Ukraine it has made sitting down, talking, negotiating comprises more difficult and right now it’s simply important to make sure that the current set of disagreements don’t escalate into a broader break down in NATO Russian relation.”

No Threat Justifies NATO Doubling Response Force - German Lawmaker
Depicting the relations as uneasy, Palamar noted that there is a chance for wide NATO-Russian cooperation pointing out that NATO Secretary General Jens Stoltenberg is ready for a constructive dialogue with Russia.

“Stoltenberg’s appointment as secretary general of NATO was a positive step in that direction and so far the relative calm in Eastern Ukraine has been a positive development.”

“But it’s not a simple relationship. It’s not an easy relationship, but it is one in the long run that can be managed, if both sides commit to making that effort. But of course there is always the risk of a broader breakdown in the relations.”

Regarding Stoltenberg, Palamar commented on the NATO Secretary General’s background in politics and said that the newly appointed general had very constructive relations with Moscow.

“It’s important to remember that recently appointed NATO Secretary General Jens Stoltenberg, the former prime minister of Norway, had in his personal and professional life very constructive relations with Moscow.”

NATO Not Moving East, Eastern Europe Wanting to Join Alliance - Stoltenberg
“He has taken a fairly firm line in terms of diplomacy. He stands by NATO allies he stands up for NATO interests.”

But Stoltenberg has been optimistic that despite the fact that Moscow and NATO will inevitably disagree about some very important issues in the future, he does believe, and he has said it several times in the last few months, that there really is potential for NATO and Moscow to talk.

“I think on some issues there really is potential for cooperation, for example the continuing unfolding crisis in the Middle East. Russians are of course aware that there are Chechens fighting in the ranks of Islamic State and international religious extremist groups,” Palamar said.