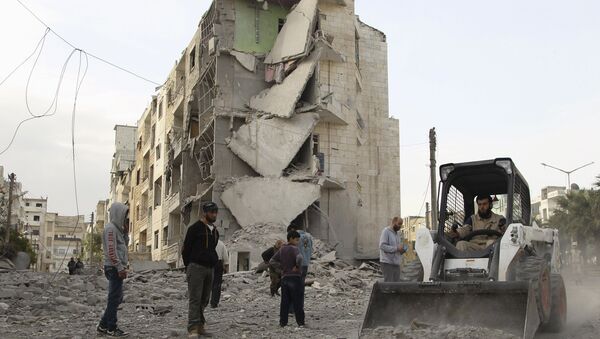 The Syrian opposition leader said he looked forward to discussing the latest political and military developments in Syria during a meet with Kerry slated for later on Thursday.

The United States, Khoja added, has given the Syrian people more than $3 billion in assistance and has recognized the Syrian Opposition Council as the legitimate government in Syria.

“President Assad has no legitimacy and he is not part of the future of Syria,” Khoja said.

Assad needs to be prosecuted and subjected to a fair trial, Khoja claimed, for the crimes he has committed against the people of Syria.

Syria has been torn by civil war since 2011, with government forces loyal to Assad currently fighting numerous militant groups, including the al-Nusra Front and Sunni Islamic State radicals.