US Troops Withdrawal From Afghanistan May Trigger More Suicide Bombings 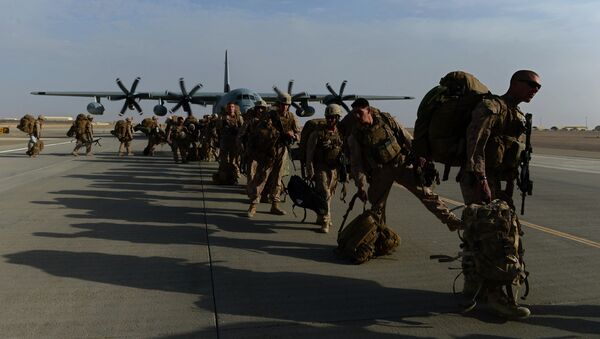 © AFP 2021 / WAKIL KOHSAR
Subscribe
Iraq and Afghanistan accounted for over 60 percent of the world's suicide bombings in 2014, according to the 2014 Suicide Index report.

US May Lose All Gains in Afghanistan if Withdraws Troops - Senators
MOSCOW (Sputnik) — The withdrawal of US troops from Afghanistan may trigger even more suicide bombings in the country, the scene of almost a quarter of all suicide attacks in 2014, the author of the 2014 Suicide Index report said Wednesday.

According to the report by the institute Chicago Project on Security & Terrorism (CPOST), Iraq and Afghanistan accounted for over 60 percent of the world's suicide bombings in 2014.

"That's particularly worrisome from a U.S. policy perspective, because the United States wants to withdraw militarily from Afghanistan, but there are no signs that the campaign by the Afghan Taliban is letting up," CPOST research director and author of the report Keven Ruby said, as quoted by the University of Chicago news portal.

International Forces in Afghanistan Failed to Unroot Terrorism - Moscow
The 9/11 attacks on the United States in 2001 prompted the US-led military operation in Afghanistan. The aim of which was to destroy the Taliban forces linked to al-Qaeda.

In 2011, at the height of US involvement in the anti-Taliban confrontation, there were 101,000 US troops in the country.

Under the timetable outlined by US President Barack Obama, the number of US troops is expected to be cut to about 5,000 by the end of 2015, and by the end of 2016 there will be only a vestigial force to protect the US embassy in Kabul.

According to the Suicide Index report, a total of 492 suicide attacks that killed over 4,300 civilians were registered in 2014. Iraq, partly occupied by the Islamic State militant group, along with swathes of neighboring Syria, saw a surge in suicide attacks last year due to the extremists' activity.