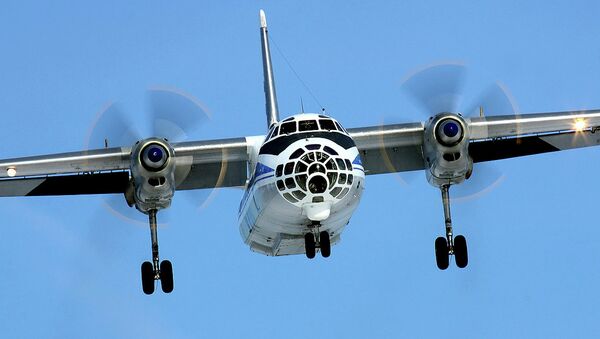 Head of Russia's National Nuclear Risk Reduction Center Sergei Ryzhkov reported that American and Norwegian specialists will fly over the territory of Russia under the Treaty on Open Skies.

MOSCOW (Sputnik) —American and Norwegian specialists will fly over the territory of Russia under the Treaty on Open Skies on April 27-30, head of Russia's National Nuclear Risk Reduction Center Sergei Ryzhkov has announced.

"Within the framework of the international Treaty on Open Skies a joint US-Norway mission will conduct an observation flight over the territory of the Russian Federation in the period of April 27-30, 2015, on the Romanian Antonov An-30 observation aircraft," Ryzhkov said.

Russian specialists on board the aircraft will monitor the use of equipment and American and Norwegian inspectors' adherence to the Treaty on Open Skies, according to Ryzhkov.

US, Ukrainian Inspectors to Fly Over Russia Under Open Skies Treaty
The official stressed that the An-30 plane is not equipped with any weapons and only uses internationally-approved observation technology allowed by the treaty.

The Treaty on Open Skies was signed in 1992 in Helsinki and currently applies to 34 countries, including most NATO member-states, Russia, Belarus, Ukraine, Georgia, Bosnia and Herzegovina, Sweden and Finland. The treaty establishes a regime of unarmed aerial observation flights over the entire territory of its participants with the aim of boosting transparency of military activities.