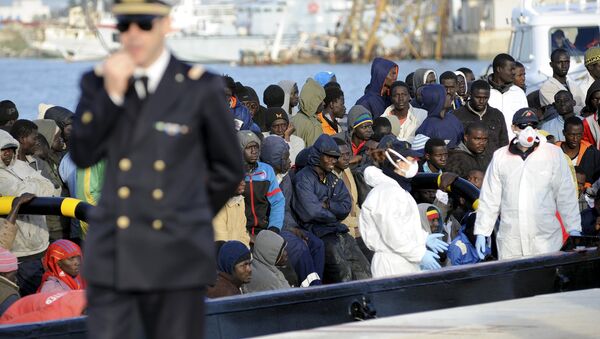 A Swedish Member of the European Parliament (MEP) has pointed the finger at EU members for their reluctance to resolve the problem of migrants' safer passage to Europe.

According to Wikström, EU member states' current support on the issue is so scanty that Sweden's younger generation may liken their actions to "turning a blind eye to the Holocaust".

Earlier, the MEP, who has repeatedly called for migrants' "legal and safe routes to Europe", told the Swedish TV network SVT that the younger generation would compare the EU's stance on the matter to the policy of appeasement in World War II.

"I think that my children and grandchildren are going to ask why more wasn't done to help people running away from Isis, or violence in Eritrea or wherever, when we knew that people were dying in their thousands. People will ask the same question they did after the war, 'if you were aware, why didn't you do something?' In Sweden we allowed our railroads to be used to transfer Jews to Nazi death camps," Wikström told the Local after the SVT broadcast.

Her remarks came a day after the migrant boat capsized off Libya, killing at least 800 people on board. Adrian Edwards, spokesman for the UN Human Rights Council, called the tragedy "the deadliest incident in the Mediterranean we have ever recorded."

Mogherini Announces Joint EU Meeting on Migration Issues
Meanwhile, the International Organization for Migration has said that more than 1,750 migrants have died in the Mediterranean since the beginning of this year, a 30-fold increase as compared to the same period of 2014.

EU countries remain at odds over the ways to resolve the problem, with many signaling unwillingness to change the existing rules due to possible expenses related to supporting migrants' drive to reach Europe.