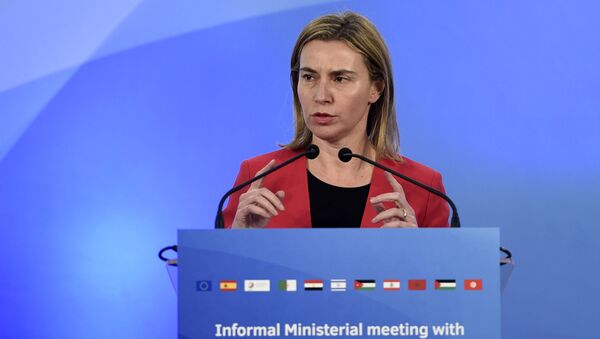 Migration became one of the most discussed issues at the conference on the future of the European Neighborhood Policy, attended by 28 EU countries.

Mogherini said that the problem of migration should be solved urgently to save the lives of refugees. She, however, did not mention the date of the upcoming meeting.

The European Union is currently struggling with a growing number of refugees pouring to European countries in search of better life. The EU border agency Frontex estimates that over 276,000 people entered the EU illegally in 2014, which marked a 155-percent increase compared to 2013 figures.

At least 486 refugees drowned in the Mediterranean in the first quarter of 2015 while trying to reach Europe, 10 times as many as during the same period in 2014, according to the International Organization for Migration. In the most recent incident, nine people died en route from Libya to Italy on Monday, about 80 miles from Libyan coast.