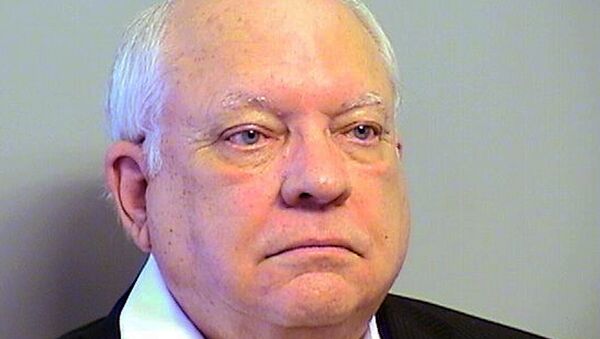 Supervisors were reportedly told to falsify his training records and give him credit for field training that Bates never had and firearms certifications for which he was not qualified.

Reserve Deputy Bates is an insurance company CEO who has donated thousands of dollars, as well as weapons and vehicles, to the Tulsa Police Department in exchange for his unpaid position playing cop, which he assumed without the proper training.  He was also the capaign manager in Sheriff Stanley Glanz’ re-election campaign in 2012 and had personally donated $2,500 to the campaign.

Bates has been charged with second-degree manslaughter involving culpable negligence after mistaking his department-issued handgun for his taser and shooting the unarmed man in the back.

In a statement given by the wealthy senior citizen, Bates claimed he had “active shooter training” from the Maricopa County Sheriff’s Department, but Lisa Allen, the chief of media relations for the department, has said they have no record of Bates ever attending their training.

Allen added that the course is only available to members of the Sheriff’s Office and that the class has only been offered three times.  Bates would not have been eligible to participate.

"We don't allow out-of-state people to take the class, I'm only surmising, and I can't confirm this because this would not have been our class, but our active shooter instructor did travel to Dallas once to teach a class.  Maybe he took that class and is saying he took it through us, but again, that would not have been our class, so we have no way to verify if he attended it or not,” Allen told the Tulsa World.

The World has also reported that at least three of Bates’ supervisors were transferred after refusing to falsify his training records.

Sheriff Glanz has spoken to press and stated that the reserve deputy was certified to use three different weapons, yet the department has not been able to find any of the paperwork to back up the claim.

The lawyer representing the Harris family has stated that they believe Bates’ field training records no longer exist, and that they had previously been falsified.

They have pointed at multiple discrepancies in statements, including the fact that the Sheriff’s Office claimed Bates joined the program in 2008, while Bates stated he became an advanced reserve deputy in 2007.

The Tulsa County Sheriff’s Office announced this week that they will be conducting an internal review of the deputy reserve program to determine if any changes need to be made to the program or policy.