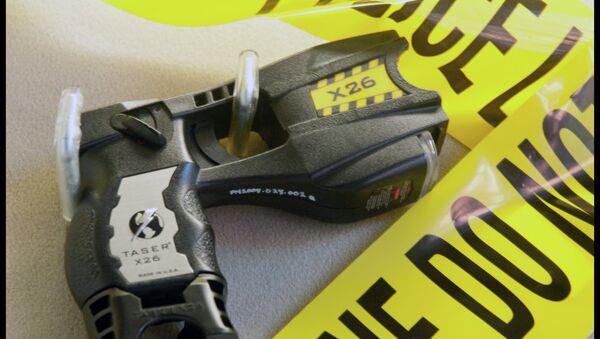 © Flickr / hradcanska
Subscribe
International
India
Africa
A 73 year old reserve deputy in Tulsa, Oklahoma “inadvertently” shot and killed a suspect on Friday. Police say that deputy Robert Bates, who is currently on administrative leave, went to take out his Taser when he accidentally pulled out his firearm instead.

Florida Cops Taser Elderly Man With his Hands Up (VIDEO)
The situation began as an apparent controlled drug and gun selling operation conducted by the Tulsa Violent Crimes Task Force in the parking lot of a Dollar General Store.  The task force, of which Bates was a member, was trying to arrest convicted felon Eric Courtney Harris, 44.  Police say that Harris sold a pistol to undercover officers.

This is when the scene rapidly escalated.  When the task force confronted the suspect, he subsequently led them on a brief foot-chase until he was forced to the ground.  According to police, Harris continued to resist arrest and refused to take his left arm from underneath his body, which was near his waistband.

It was at this point that reserve deputy Bates reached for what he thought was his Taser.  He dislodged his gun instead and fired his weapon, which struck Harris while he was down.

Seizing the Market: Taser Pays for Police Chief Trips, Hires as Consultants
Shannon Clark, of the Tulsa County Sheriff's Office, told a CNN reporter that “nobody meant to harm this individual to this degree” and that deputy Bates “was trying to use a less lethal device.”  When asked if another gun was found on Harris, Clark commented that he had not been told there was a second weapon found on him yet.

Police say that Harris admitted to EMTs at the scene that he may have been under the influence of the street drug PCP, known to create violent behavior in its users. Harris later died at a local hospital, and the cause of his death is under investigation.

Some speculate that the age of the reserve deputy may possibly add to the controversy of the incident.  When CNN affiliate KTUL asked about this, Clark gave this remark: “did an accident happen? Sure. But is it accredited to his age? Or was it credited to the rapidly evolving situation? I guess that will be determined in the investigation."