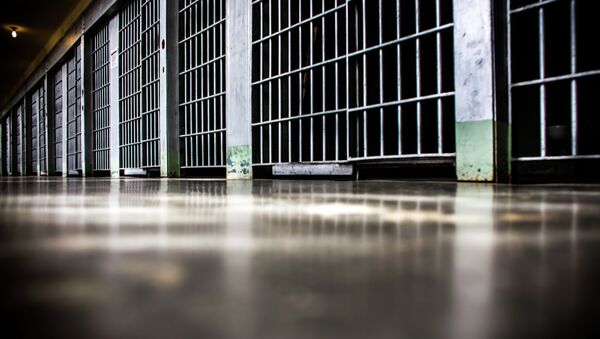 The United States is concerned about the decision of the Pakistani government to release the alleged mastermind of the 2008 Mumbai terror attacks from jail, US Department of State Spokesperson Jeff Rathke said during a press briefing on Friday.

Mumbai 2008 Terror Attack Suspect Released From Jail in Pakistan
(Sputnik) — On Thursday, the Lahore High Court in Pakistan suspended the detention of Lakhvi and ordered his immediate release. Lakhvi had been granted bail in December 2014, but was kept in prison.

“We are gravely concerned about the release on bail of alleged Mumbai attack mastermind Zakiur Rehman Lakhvi, we have communicated that concern to senior Pakistani officials over the course of many months, and as recently as yesterday,” Rathke said.

“Pakistan has pledged its cooperation and bringing the perpetrators, financers and sponsors of the Mumbai terrorist attacks to justice, and we urge Pakistan to follow through on that commitment to ensure justice,” Rathke said.

Lakhvi, who is considered a senior leader of the Lashkar-e-Taiba Islamist group, was detained in December 2008 and was indicted along with six others accused of planning, financing and executing a series of terror attacks in Mumbai in November 2008.

Over the course of three days starting on November 26, 2008, members of the Lashkar-e-Taiba group carried out a series of 12 shooting and bombing attacks in Mumbai, killing 166 people, including six US citizens, and wounding over 300.