US Secretly Tracked Millions of Phone Calls Even Before 9/11 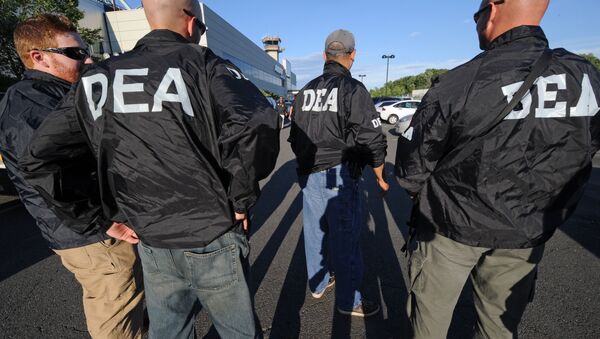 © AP Photo / Louis Lanzano
Subscribe
The US Justice Department and the Drug Enforcement Agency (DEA) collected bulk telephone data on millions of US citizens a decade before National Security Agency (NSA) started the practice, according to an investigative report.

"The now-discontinued operation, carried out by the DEA's intelligence arm, was the government's first known effort to gather data on Americans in bulk, sweeping up records of telephone calls made by millions of US citizens regardless of whether they were suspected of a crime," USA Today said in the investigative report published on Tuesday.

"It was a model for the massive phone surveillance system the NSA launched to identify terrorists after the Sept. 11 attacks," it added.

More than a dozen former officials familiar with the DEA program were consulted for the report.

Starting in 1992, the DEA collected the call logs — the telephone numbers and the date and time when the calls were made — of US citizens’ phone calls in order to create links between drug traffickers and money launders in more than 100 countries, USA Today explained.

With approval from the highest levels of the US government and the Pentagon, the DEA obtained the call logs by subpoenaing US telephone companies and demanding phone records without a warrant.

"The system they built ultimately allowed the drug agency to stitch together huge collections of data to map trafficking and money laundering networks both overseas and within the USA," the investigative report said. "It allowed agents to link the call records its agents gathered domestically with calling data the DEA and intelligence agencies had acquired outside the US."

For almost two decades the DEA program continued without warrants or independent oversight, the report noted, adding that four US administrations approved of the practice and Congressional members were briefed on it.

The DEA program ultimately became a blueprint for the much more expansive NSA bulk collection program of telephonic and electronic data to track suspected terrorists after the September 11 attacks.

"The similarities between the NSA program and the DEA operation established a decade earlier are striking — too much to have been a coincidence," USA Today said, relying on sources familiar with the programs.

The program was ultimately discontinued in 2013 on the heels of whistleblower Edward Snowden’s revelations of the NSA’s mass spying program. In January 2014, the US Justice Department admitted the DEA program’s existence without providing the details revealed by the USA Today investigation.