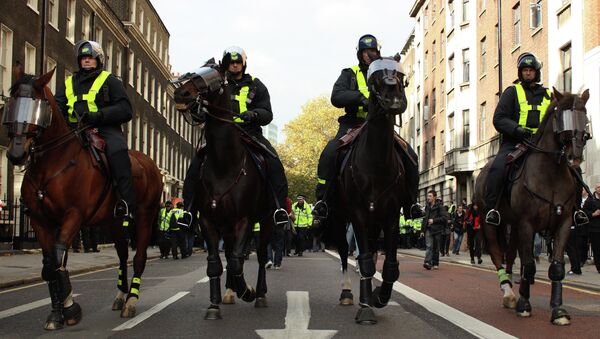 The issue of the consensual stop-and-frisk policy has raised controversy in Scotland and elsewhere in the United Kingdom.

Scottish Police Record Phone Numbers of Stop-Searched Citizens
MOSCOW (Sputnik), Daria Chernyshova — Scottish police should put an end to the controversial consensual stop-and-frisk policy that allows officers to stop and search citizens, even if no criminal activity has been confirmed, a member of the Scottish Parliament told Sputnik Monday.

It was earlier revealed that Scottish police keep the telephone numbers of people they have stopped and searched.

McInnes explained that ending the consensual stop and search, while retaining statutory powers, would provide for a healthier balance between civil liberties and the powers required to protect local communities.

UN Official Slams UK Police for Recruiting Activists as Spies
She said that stop-and-search can be effective in tackling crime if regulated properly, yet time has proved that the tactics’ safeguards are insufficient. McInnes tabled amendments to the Criminal Justice (Scotland) Bill attempting to ensure that every stop and search has a robust legal basis and is part of an accountable regulatory regime.

The issue of the consensual stop-and-frisk policy has raised controversy in Scotland and elsewhere in the United Kingdom. "Consensual" effectively means that stops and searches can occur without any suspicion of criminality and need not be protocolled.