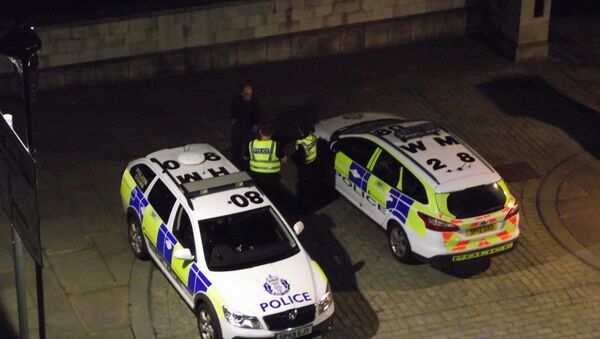 According to Herald Scotland, police have a database where they keep telephone numbers of people they once stopped and searched.

Fewer 'Wanted' Sex Offenders in Scotland Than in Rest of UK - Police
MOSCOW (Sputnik) – Police Scotland have a database where they keep telephone numbers of people they once stopped and searched, even if no criminal activity was confirmed, Herald Scotland reported Sunday.

This comes from a secret police memorandum that was circulated last year by assistant chief constable Malcolm Graham, initially as a pilot policy for only one county, Fife.

But the Herald has found that the memo was sent to all police divisions across Scotland, making it a viable option for all lawmen.

Besides phone numbers, police officers are allowed to record the name, address and whether any illegal items were found on the person stop-searched, but only if he or she consents.

The issue of consensual stop-and-frisk policy has raised controversy in Scotland and elsewhere in the United Kingdom. "Consensual" effectively means that stops and searches can occur without any suspicion of criminality and need not be protocolled.

This practice has already been banned in England, while in Scotland "consensual" searches were found in 2013-2014 to account for around three quarters of all cases, the Herald estimated.