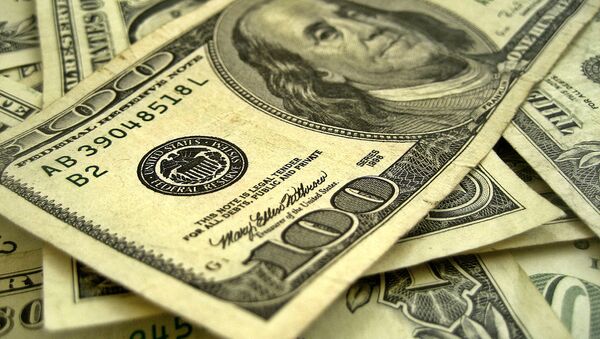 The US economy is not as robust as commonly believed, as the increase in interest rates is still pending, while stock markets react to the news differently than expected.

The financial situation is not as strong as it was assumed, with the interest rate change still pending and the stock markets showing an unexpected tendency, financial journalist Manfred Gburek writes in the German “WirtschaftsWoche”.

US Dollar Retreats, Global Markets Mostly Down on Fed Pessimism, Europe Up
On March 18, the US Federal Reserve System gave a more negative forecast for the country’s economic growth in 2015. The estimations suggest that the country’s economy will grow by 2.3-2.7% instead of the expected 2.6-3% in December, while the benchmark interest rate will remain at a record low level of 0-0, 25% per annum.

According to Gburek, the decision to raise interest rates in June may be postponed to a later date depending on the financial situation in the country. The analyst stresses that the relevant put-off reflects a hope for the further recovery of the economy, which in fact may not take place at all.

Global Stocks Set to Advance in a Stronger Dollar Environment
He notes that the US monetary policy heavily depends on such factors as the level of unemployment, retail rates and inflation. The current unemployment rate remains relatively high, at 5.5%, while the number of ads about the beginning of construction works – one of the most important sectors for the US economy — decreased by 17% compared with last year.

Gburek writes that financial experts assess the American conjuncture as not too positive and think of the US economy in a more negative way “than the mainstream media has been trying to impose on us for weeks”.

According to the analyst, one should assume that the dollar is not a ‘miracle currency’ and that an “early swan song” of gold and silver, promoted by the media, is premature.