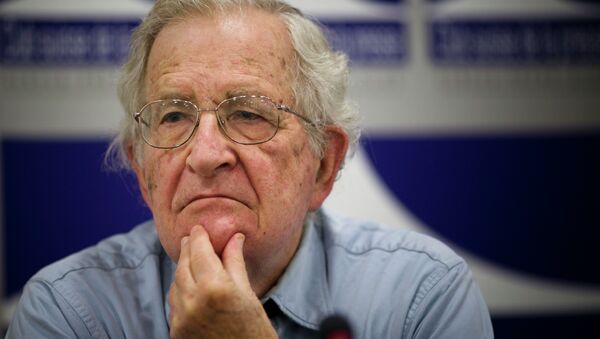 American economic prosperity is inextricably linked to its history of slavery and racial oppression, and fears that black people will take revenge are 'deeply rooted in American culture,' says academic, author, and dissident Noam Chomsky in a recent interview with the New York Times.

Chomsky talked to George Yancy, as part of a series of conversations with philosophers about race for the Times' Opinionator blog. Reflecting on Chomsky's recent book "Western Terrorism", Yancy — a philosophy professor at Duquesne University — notes that "many black people in the United States have had a long history of being terrorized by white racism." 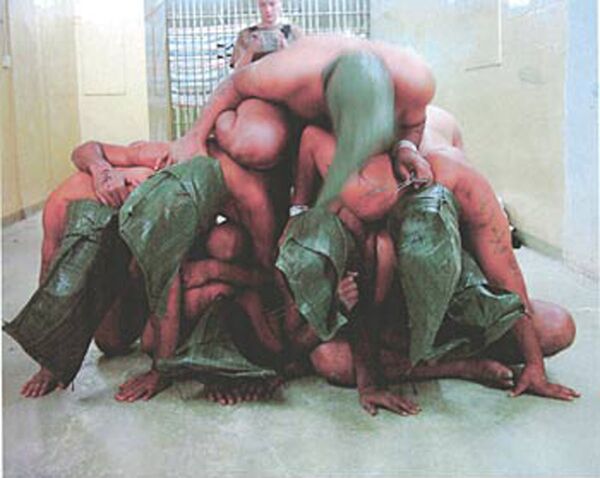 Still from the mistreatment of Iraqi inmates at Abu Ghraib, which included sexual forms of torture and humiliation.
© AP Photo

Referring to the recently published economic history of slavery, "The Half That Has Never Been Told" by Edward E Baptist, Chomsky connects that terror both to American economic prosperity and pervasive white fear of reprisals:

As is now known, they were highly efficient. Productivity increased even faster than in industry, thanks to the technology of the bullwhip and pistol, and the efficient practice of brutal torture… The achievement includes not only the great wealth of the planter aristocracy but also American and British manufacturing, commerce and the financial institutions of modern state capitalism."

The myth of American success through free-market capitalism is intimately tied to this early system of racial oppression, Chomsky explains.

"It is, or should be, well-known that the United States developed by flatly rejecting the principles of 'sound economics' preached to it by the leading economists of the day, and familiar in today’s sober instructions to latecomers in development. Instead, the newly liberated colonies followed the model of England with radical state intervention in the economy, including high tariffs to protect infant industry, first textiles, later steel and others."

Yancy points out that even Thomas Jefferson — who wrote that slavery was “the most unremitting despotism on the one part, and degrading submissions on the other” — nevertheless expressed opinions that "black people are dull in imagination, inferior in reasoning to whites, and that the male orangutans even prefer black women over their own," demonstrating racism in the most "enlightened" circles of the country's founders. 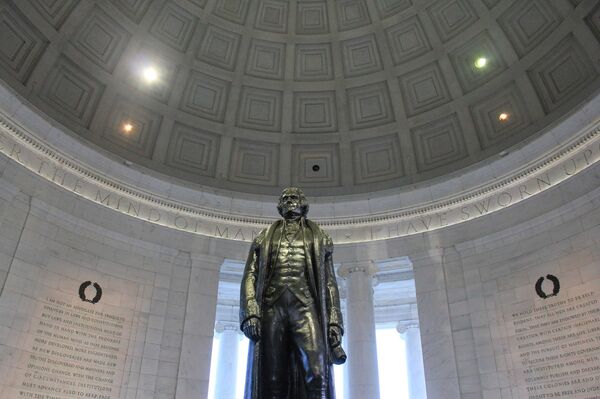 Thomas Jefferson "feared the liberation of slaves, who have 'ten thousand recollections' of the crimes to which they were subjected."
© Flickr / Navin75

But, of course, as Chomsky points out, the systemic attack on black lives and freedom did not end with slavery or even with the death of Jim Crow in the Southern United States.

Chomsky calls a historical narrative that ignore this foundation the "most appalling contemporary myth" of American society, and denies that we can just put the past behind us and "march on to a glorious future, all sharing equally in the rights and opportunities of citizenry.”"

"The appalling statistics of today’s circumstances of African-American life can be confronted by other bitter residues of a shameful past, laments about black cultural inferiority, or worse, forgetting how our wealth and privilege was created in no small part by the centuries of torture and degradation of which we are the beneficiaries and they remain the victims. As for the very partial and hopelessly inadequate compensation that decency would require — that lies somewhere between the memory hole and anathema."

Chomsky also commented on the shifting targets of American racism, and addresses anti-Muslim sentiment, which he attacked head on in his critique of the movie American Sniper.

"What’s important is not just the mentality of the sniper, but the reaction to such exploits at home when we invade and destroy a foreign country, hardly distinguishing one ‘raghead’ from another. These attitudes go back to the ‘merciless Indian savages’ of the Declaration of Independence and the savagery and fiendishness of others who have been in the way ever since, particularly when some ‘racial’ element can be invoked — as when Lyndon Johnson lamented that if we let down our guard, we’ll be at the mercy of ‘every yellow dwarf with a pocket knife.’ But within the United States, though there have been deplorable incidents, anti-Arab/Muslim racism among the public has been fairly restrained, I think."

Despite the bleak outlook and the constant efforts to erase the history of the violent racist origins of America's unequal prosperity, Chomsky does see avenues for change, however difficult.

"It’s easy to rattle off the usual answers: education, exploring and addressing the sources of the malady, joining together in common enterprises — labor struggles have been an important case — and so on. The answers are right, and have achieved a lot. Racism is far from eradicated, but it is not what it was not very long ago, thanks to such efforts. It’s a long, hard road. No magic wand, as far as I know."