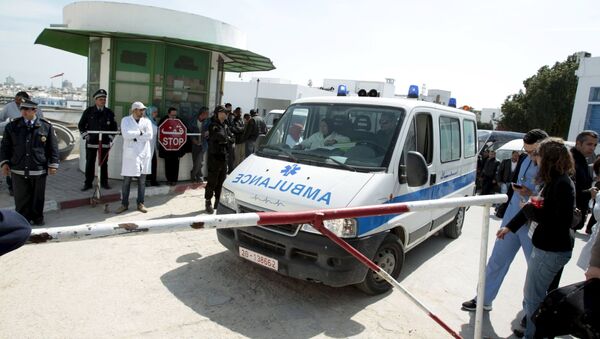 “The President affirmed our continued robust cooperation on counterterrorism and broader security issues with the Tunisian government and offered continued US assistance and support in the ongoing investigation,” the statement, issued on Thursday, read.

On Wednesday, two unidentified gunmen disguised as soldiers attacked the Bardo museum in Tunisia's capital city of Tunis, taking tourists hostages. At least 23 people were killed in the attack and more than 40 were injured.

Obama offered condolences and extended sympathy to the victims’ families on behalf of all Americans.

Obama also stressed that Tunisia’s “inclusive democracy is a powerful example in the region and beyond.”

Nine Suspects Arrested in Tunisia Following Bardo Museum Attack
Between 100 and 200 visitors were in the Bardo museum at the time of the terrorist attack, according to various sources. The captives were freed later on Wednesday in a special operation that left a Tunisian serviceman and both attackers dead.

Russia’s Foreign Ministry confirmed the death of a Russian citizen, Galina Potapenko, in the terrorist attack.

The Islamic State (ISIL) claimed responsibility for the deadly attack. The ISIL is a Sunni jihadist group that has seized vast territories in Iraq and Syria and declared a caliphate.