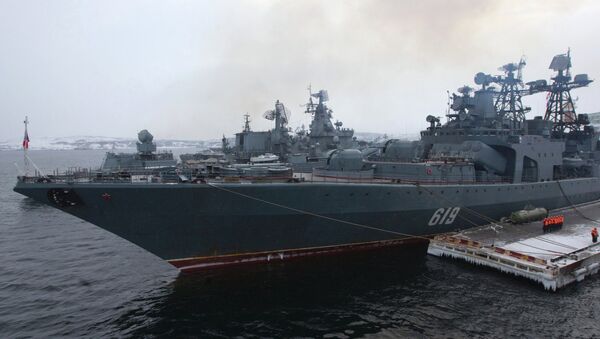 © Sputnik / Mikhail Fomichev
/
Go to the mediabank
Subscribe
International
India
Africa
The exercises of the Russia's Northern Fleet will be held on land, in sea and air and will run for five days beginning March 16, Defense Minister Shoigu said.

“The main task of the [combat readiness drill] is to assess the armed forces from the Northern Fleet’s capabilities in fulfilling tasks in providing military security of the Russian Federation in the Arctic region,” Gen. Shoigu said.

“New challenges and threats of military security demand the further heightening of military capabilities of the Armed Forces and special attention will be paid to the state of the newly formed strategic merging [of forces] in the North,” Gen. Shoigu said.

The exercises will be held on land, in sea and air and will run for five days beginning March 16, the general said.

Last week, Norway began its largest military drills in decades, in its northern Finnmark region near the Russian border. The exercises comprise 5,000 military personnel and will be held until March 18.