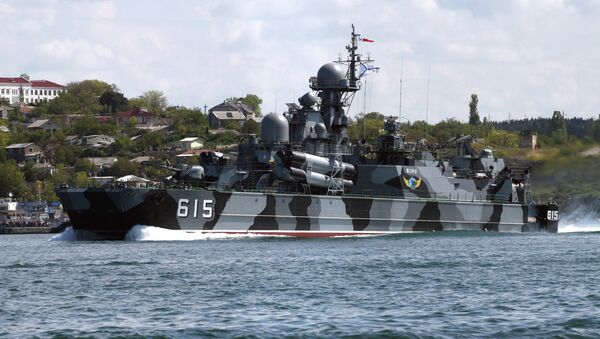 He said the crews of the warships would soon hold naval exercises using anti-air defense systems employing target exercises against decoy “enemy” bombers in the region.

An Su-24 Fencer fighter bomber from the Black Sea Fleet will face off with ships and Be-12 Mail amphibious aircraft will release air targets for the warships, he said.

On March 4, six NATO warships, including Turkish, Bulgarian and Romanian vessels, arrived to the Black Sea to start joint drills, according to NATO Maritime Command.

NATO has been boosting its military presence close to the Russian border after Crimea broke away from Ukraine to join Russia March 2014.