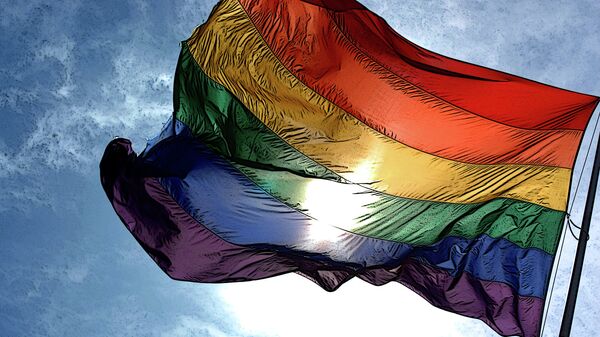 The National AIDS Trust charity found that nearly all bullying or discrimination against gay teenagers was at the hands of their peers and 75 percent directed at them online.

US Supreme Court to Hear Historic Gay Marriage Case April 28
MOSCOW (Sputnik) — Almost 40 percent of homosexual teenagers in the United Kingdom faced discrimination from their educators or other adults at school, The Independent reported, citing a study conducted by the National AIDS Trust charity.

The Sunday's report titled "Boys Who Like Boys," surveyed over 1,000 British gay or bisexual teenagers aged 14 to 19. The charity found that nearly all bullying or discrimination against gay teenagers was at the hands of their peers and 75 percent directed at them online.

"The idea that teachers or other adults at school are sometimes responsible for bullying and discrimination is utterly unacceptable," National Aids Trust chief executive Deborah Gold was quoted as saying by the publication.

Additionally, over 60 percent of the teens reported getting no information on virus testing and 30 percent lacked knowledge of safe sex and HIV transmission. Meanwhile, over 75 percent of the teenage respondents said they were unaware that drugs preventing HIV infections were available.

US Watchdog Condemns Kazakhstan's New Restrictions on Gay Sites
"The number of young men who have sex with men who are contracting HIV is increasing. I think there's an absolute link between the lack of this education at a time when people need it and the consequences of that," Gold added.

According to figures released by the UK Department of Health's Public Health England (PHE), there have been over 29,000 HIV diagnoses from 2001 to 2013. During that period, 11,000 of new HIV cases in the country were among those aged less than 15 to 24 years old.

More than 4,000 in that age group were infected through homosexual intercourse in the last decade-and-a-half.