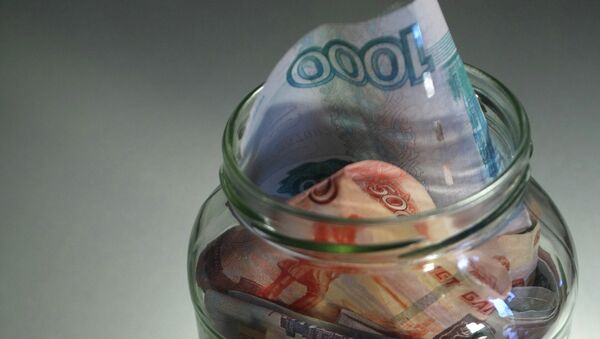 President of the Russian Investment Agency Yury Spiridonov stated that such countries, as South Korea, Singapore, Brazil or India, expressed an interest in investing in Russia.

Cyprus-Russia Investment to Grow Despite EU Sanctions
MOSCOW (Sputnik), Anna Liatsou —Asian countries and BRICS member states are trying to enter the Russian market against a background of the European Union’s anti-Russia sanctions, President of the Russian Investment Agency Yury Spiridonov said in an interview with Sputnik.

“We could state that other countries, such as South Korea, Singapore, Brazil or India, have continuous interest in investing in Russia,” he said.

According to him, the Chinese government has already “approved a policy of investing in Russia”.

BRICS Development Bank to Function by End of 2015 - Russian Official
“UAE has offered us an assistance to open an office there, they are ready to provide us with a free place for a start. We’ve received the same offer from Singapore,” he said.

At the same time, Spiridonov remarked that European investors leave Russian market “reluctantly”, as they “understand that Nature abhors a vacuum” and “there will be investors from other countries”.

“I wouldn’t say that the Europeans are rapidly leaving the Russian market. At first we were expecting that the EU anti-Russia sanctions would lead to quick sales, for example, of hotel businesses. But it did not actually happen,” he said.

In his opinion, Europeans are trying to use different ways to keep their place on the Russian market. "They understand that if they leave their place will be quickly taken and it will be difficult to return for them". He explained that “in Singapore there are several representation offices through which English, US and Canada companies work with Russia”.

Relations between Moscow and Brussels deteriorated after Crimea's reunification with Russia in March 2014. The European Union, the United States and Canada imposed several rounds of anti-Russia economic sanctions, accusing the country of fueling the armed conflict in Ukraine. Russia rejected the accusations and responded with counter-sanctions.