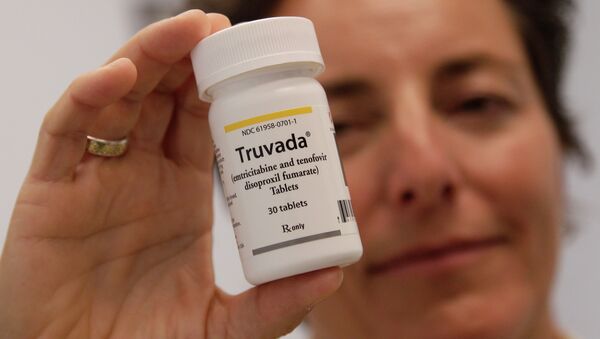 © AP Photo / Jeff Chiu
Subscribe
Following trials that show a pill can drastically reduce a person’s chances of contracting HIV, people in the UK are calling for the drug to be made available through the National Health Service as soon as possible.

A major UK trial of pre-exposure prophylaxis (PrEP) found that the drug can cut the risk of HIV infection among gay men considered to be at high risk by 86%, the Independent reported.

Leading specialists have called the findings “extremely exciting” and a “game-changer.”

In the UK, infection rates among men who have sex with men remain high, despite major advances in the fight against HIV/AIDS. Now, with such promising findings from the government-funded trial, people are campaigning for the NHS to offer PrEP for free.

Now the NHS has to determine if the pills, which will cost £423 per month for each patient, can be cost-effective, and what the criteria should be for accessing them, the Independent reported.

PrEP has been available to at-risk groups in the United States since 2012.

More than 500 HIV-negative men in six cities across England took part in the study. The men were sexually active and had recently had unprotected sex.

The pill used in the trial, Truvada, is a combination of two antiretroviral drugs which has previously been used to treat HIV infection.

Among the 276 men given PrEP immediately, there were only three HIV infections in the first year of the study, compared with 19 among the deferred group, the Independent reported.

Those lobbying for the NHS to provide the drug to high-risk groups say doing so would result in long-term financial savings. 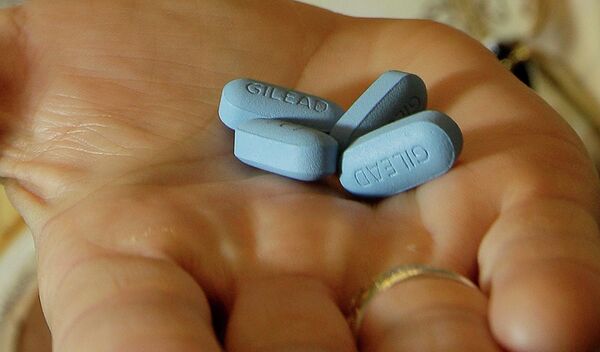 “During the study period there were 19 HIV infections in the group not taking PrEP,” Deborah Gold, chief executive of the National Aids Trust, told the Independent. “If we can stop people getting HIV by giving them PrEP, we have an ethical duty to do so.

“Furthermore, over the course of their lifetime, the treatment of those 19 men will cost the NHS nearly £7 million. So the financial argument is clear, as is the ethical one: PrEP needs to be available on the NHS as soon as possible for all those who need it.”

Taking the drug did not lead men to change their use of condoms, which was evidenced by sexually transmitted infection rates that were similar in both groups.

“Concerns that PrEP would not work so well in the real world were unfounded,” said Sheena McCormack, professor of clinical epidemiology at the MRC Clinical Trials Unit at University College London.

“These results show there is a need for PrEP, and offer hope of reversing the epidemic among men who have sex with men in this country. The findings we’ve presented today are going to be invaluable in informing discussions about making PrEP available through the NHS.”

An estimated 2,800 gay men acquired HIV in the UK in 2013. Six percent of gay and bisexual men are now living with HIV; that number rises to 13% in London.

The pill would probably only be made available to high-risk people – those who are having sex with several partners, sometimes unprotected, the Independent reported.

About 18,000 men who have sex with men are diagnosed with a sexually transmitted infection each year. If around 25% of those men were likely to benefit from PrEP, that would equal 4,500 people taking PrEP a year, at a total cost of £22.8 million.

The NHS has to compare that cost to the lifetime cost of treating someone with HIV, which is estimated to be as high as £360,000 per person. The NHS also already provides expensive drugs to stop the infection from developing in people recently exposed to the virus.