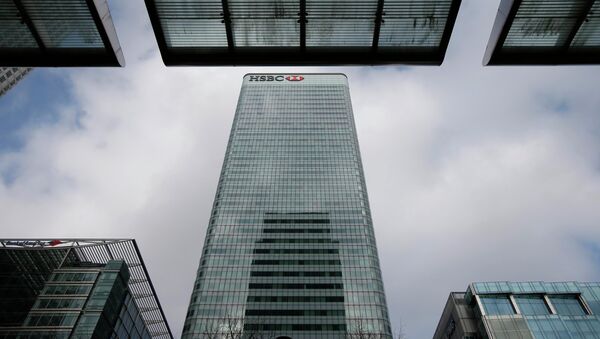 HSBC, the UK-based bank caught up in a tax-fiddle investigation in the UK and Switzerland and is under investigation in both countries, has declared a 17% drop in its full-year profits, due to "significant items including fines" and other settlements.

HSBC is under investigation in several countries, following allegations that it used its private banking arm in Switzerland to offer clients in the UK and abroad tax avoidance schemes. The UK's Treasury Committee is to examine allegations by whistle-blower Herve Falciani, a former IT worker for HSBC, who said UK tax authorities would have known about the stolen list of clients of HSBC's Swiss private bank when it was given to French officials.

Stuart Gulliver, Group Chief Executive said: "HSBC was badly let down by a few individuals whose actions do not reflect the vast majority of employees who uphold the values and standards expected of the bank. This matter is now rightly in the hands of the Serious Fraud Office."

In his statement to the City of London, Douglas Flint, Group Chairman said: "The recent disclosures around unacceptable historical practices and behaviour within the Swiss private bank remind us of how much there still is to do and how far society's expectations have changed in terms of banks' responsibilities. They are also a reminder of the need for constant vigilance over the effectiveness of our controls and the imperative to embed a robust and ethical compliance culture.

"We deeply regret and apologise for the conduct and compliance failures highlighted which were in contravention of our own policies as well as expectations of us."

His statement said that the banks were completely overhauling its private banking business, putting the entire customer base through "enhanced due diligence and tax transparency filters". HSBC's Swiss Private Bank customer base is now about one‑third of the size it was in 2007, when the tax-dodging schemes were at their height.

The drop in profits was announced on the day it emerged that chief executive Stuart Gulliver was found to have stashed $7.6 million in offshore finances through a Swiss private bank.

According to The Guardian newspaper, Gulliver is the beneficial owner of Panama-registered Worcester Equities, which in 2007 had a balance of $7.6 million.

Though HSBC declined to comment on the story, Gulliver's legal representatives were quoted as saying that Gulliver "followed this procedure, because he wanted his taxed bonus earnings to remain private from his then colleagues in Hong Kong." The lawyers, however, declined to answer why the chief executive's finances were held in a company registered in Panama.