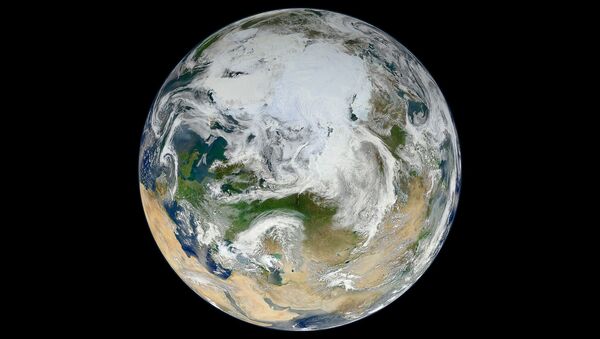 The remarks turned Sheikh Bandar al-Khaibari into an instant hit on social media.

A Saudi cleric told students at a university in the United Arab Emirates that the Earth is stationary and does not move around the Sun, insisting any claims to the contrary are pure speculation.

This man opened my eyes…. Feel so cheated after all those school and college years:p #cleric_rejects_rotation_of_Earth

Sheikh Bandar al-Khaibari said that the Earth cannot be revolving around the Sun because otherwise airplanes would not be able to reach their destination. In a recently emerged video, the cleric can be seen using a cup of water to awkwardly explain why the Earth is in fact stationary. Take a look:

The ridiculous remarks turned the sheikh into an instant hit on social media. Thousands of users took to Twitter to comment on the remarks using hashtag #cleric_rejects_rotation_of_Earth.

Next he's proving that earth is flat. Stay tuned!! #cleric_rejects_rotation_of_Earth

I don't know why u make this as a big issue while Darwen mentioned the origin of human is monkey!! #cleric_rejects_rotation_of_Earth

#داعية_ينفي_دوران_الأرض Did this idiot even go to school? I guess not. pic.twitter.com/T23qwdDWed