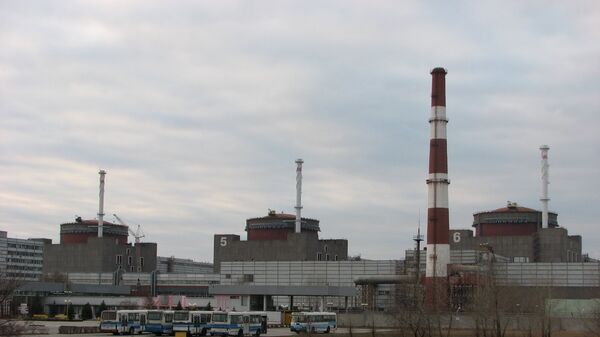 Grigory Berdennikov, Russian envoy to the International Atomic Energy Agency, said that the use by the Ukrainian side of fuel produced by an American corporation is actually fraught with the risk of an extremely serious accident.

Yatsenyuk: Ukraine About to Sign Agreement to Buy More US Nuclear Fuel
MOSCOW (Sputnik) —The use of the nuclear fuel produced by US company Westinghouse at Ukrainian nuclear power plants (NPPs) may provoke a serious accident, Russia’s Ambassador-at-Large Grigory Berdennikov told RIA Novosti.

“The continued use by the Ukrainian side of fuel produced by an American corporation is actually fraught with the risk of an extremely serious accident. In fact, nuclear safety is being sacrificed on the altar of political ambitions, and, maybe, to some other ‘tangible’ interests,” Berdennikov, the Russian envoy to the International Atomic Energy Agency, said.

Russian officials have repeatedly warned Ukrainian authorities that it would be unsafe to use US-made fuel in Soviet and Russian designed reactors.

“Still in the case with Westinghouse there is a haste, unacceptable for the nuclear energy sphere and the neglect of nuclear safety considerations,” Berdennikov added.

He noted that Westinghouse has already made a number of attempts to establish itself on the nuclear fuel market for Soviet-made WWR-1000 nuclear reactors – but attempts to use the company’s fuel led to a serious accident at the Temelin Nuclear Power Station in the Czech Republic and there have been a number of incidents at Ukrainian NPPs.

Russia Signs Deal With Ukraine to Deliver Nuclear Fuel for 2015: Rosatom
The ambassador also stated that Moscow is concerned over the current situation with nuclear facilities in Ukraine.

Berdennikov said that Kiev most certainly has a right to use the fuel it sees fit “But if you want to switch to another [type of] fuel you must conduct the full complex of experiments. Safety has to be ensured,” the diplomat said.

Currently, according to Berdennikov, Ukraine is sticking to a “lighter version” of safety procedures.

Late in December 2014, Kiev authorities signed, in Brussels, an agreement to buy nuclear fuel for its Soviet- and Russian-made reactors from the US Westinghouse Electric Company until 2020.

The Russian Foreign Ministry reacted on the matter warning that by replacing Russia with a US company as nuclear fuel supplier, Ukraine is endangering the health of both its citizens and Europeans.