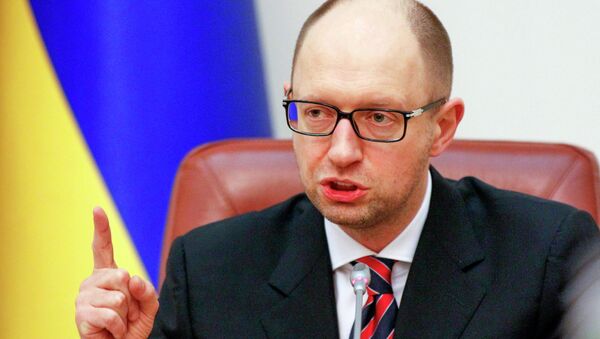 Ukrainian NPP Says Its Unit Reconnected to Network After Fault Correction
KIEV, December 30 (Sputnik) – Ukraine is about to sign an agreement to buy more nuclear fuel for its Soviet- and Russian-made reactors from the US company Westinghouse, Ukrainian Prime Minister Arseniy Yatsenyuk said Tuesday.

"Today, an agreement with Westinghouse to increase nuclear fuel supplies to Ukrainian nuclear power plants is being signed in Brussels," Yatsenyuk said.

Yatsenyuk: Russia Likely to Stop Being One of Ukraine’s Main Trade Partners
In September, Ukraine gave the green light to its nuclear power plants to receive supplies of upgraded nuclear fuel from Westinghouse, a move criticized by the Russian state nuclear agency Rosatom as a political one.

Relations between Russia and Ukraine, including cooperation on nuclear energy, have soured amid the conflict in Ukraine, which prompted Kiev's turn to US nuclear fuel makers for some of its power plants.

This decision has raised security concern after the fuel sourced from Westinghouse had dangerously malfunctioned at power plants in the Czech Republic. In 2006, a Czech nuclear power plant operating Soviet-designed reactors experienced depressurization with the Westinghouse fuel, leading to its suspension of cooperation with the company.