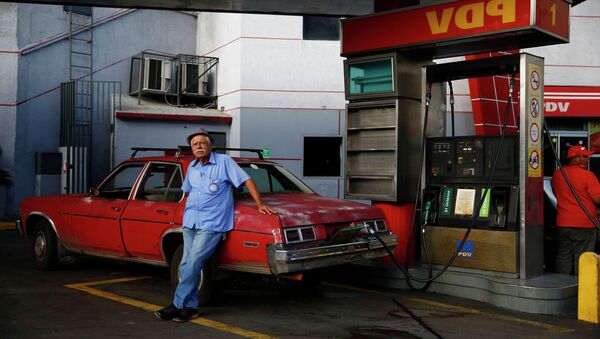 The move means that the OPEC nation is now going to raise its heavily subsidized gasoline prices, which are the lowest in the region, Reuters reports.

Venezuela Frees Up the Nation’s Forex System
One US dollar buys around five gallons of gas in Venezuela costing the government a hefty $12 billion annually.

Unlimited access to virtually free gasoline has become something of a Venezuelan birthright over the years.

President Nicolas Maduro hopes the proposed hike will improve state finances, but has so far balked at making it happen for fear of antagonizing his fellow countrymen.

"Soon there will be important announcements on the issue of gasoline," Finance Minister Rodolfo Marco Torres said in an interview with regional television network Telesur. "A piece of candy cannot cost more than a liter of gasoline."

The announcement followed a 70 percent currency devaluation launched on Thursday.

Venezuela has for decades subsidized gasoline and diesel for local consumption.