Why Did Russian Cosmonauts Carry Shotguns and Machetes in Space? 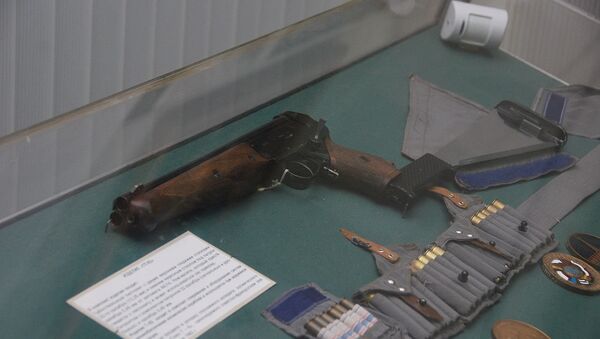 © Wikipedia / One half 3544
Subscribe
The popular myth about Russian spacemen traveling to space geared with weapons is actually true and the question why they did that is finally revealed.

Russian cosmonauts carried a convertible shotgun which doubled as an axe and machete into space.

The 'myth' about Soviet spacemen being armed with shotguns was a topic of great interest on Russian forums for the past few years. Recently it has been revealed that the myth is actually, true.

The Space Diet: Authentic Astronaut Food Goes on Sale in Moscow
Russian cosmonauts weren't gearing up for a fight with aliens or NASA astronauts, though.

Despite numerous assumptions as to why the Russians took such a risk, the reason was quite modest.

The shotgun was there to kill bears in case the crew landed in a remote area in the Taiga region of Russia. The three barreled shotgun which also had a sharp blade could be used as a machete in jungle areas, or as an axe to chop wood.

Soviet scientist Boris Chertok in his book "Rockets and People" describes an event that occurred in 1965 with the lander "Voskhod-2" carrying cosmonauts Alexei Leonov and Pavel Belyaev. The astronauts landed in the Taiga of the Northern Urals, and rescuers could not get to them for a few days due to the dense forest and snow. The writer describes moments when they saw bears from the helicopter who were walking towards the fire where the cosmonauts were camping.

Recently, writer James Simpson told the Inquistr, “Having a gun inside a thin-walled spacecraft filled with oxygen sounds crazy but the Soviets had their reasons.”

With the recent technology and GPS navigation, the space travelers see less reason to carry weapons on board, but back in the day the guns were a part of a 'survival kit'.

Russian spacemen carried shotguns and axes into space up until 2007 http://t.co/4TCLQmrM9c pic.twitter.com/uPKGtCdwEe

Russian cosmonauts were armed with the TP-82 shotgun until as recent as 2007.