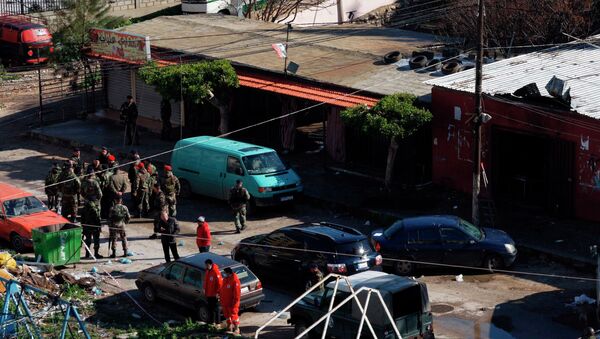 Western countries aim at weakening the Middle East in order to gain control over the region, Russia's ambassador to Lebanon claimed.

Lebanese PM Urges Political Solution in Syria to End Refugee Crisis
BEIRUT(Sputnik) – The West and its allies are trying to exhaust Middle Eastern countries and their people in order to impose their decisions on them, Russia's ambassador to Lebanon said Thursday.

"The West and its allies use double standards, make knowingly unacceptable demands, delay time. It seems that they are pursuing the aim of draining the states and people of the region of their power, to then impose unilateral decisions," Alexander Zasypkin told RIA Novosti.

According to the ambassador, Russia would not use such measures and is "consistently acting in the interests of improving national dialogue on a patriotic basis, without external interference."

The Moscow negotiations, comprising governmental and opposition delegations, were the first to focus on Syrian reconciliation since January 2014, when a UN-backed conference on the Syrian conflict was held in Geneva, Switzerland, failing to yield significant results.

Syria has been mired in civil war since 2011. The state's army is involved in fighting several opposition and rebel groups. According to the UN, the internal conflict has claimed the lives of about 200,000 people.