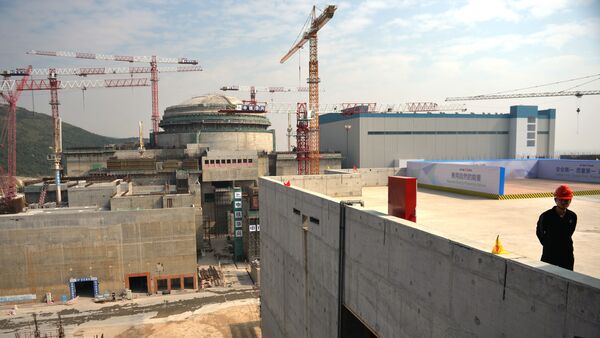 China will win half of all contracts to construct nuclear power plants abroad in 10 years, Director General of Nuclear Safety Institute of the Russian Academy of Sciences Bulat Nigmatullin told Sputnik on Monday.

China to Start Building Five Nuclear Reactors in 2015
MOSCOW, (Sputnik) – On February 6, Wang Xiaotao, vice minister of China's National Development and Reform Commission (NDRC), said that China is currently holding talks with a number of countries on constructing nuclear reactors on their territories. He argued that China is ready to enter the global market, adding that Chinese facilities comply with all international standards.

China and Argentina agreed on the construction of two nuclear power plants in Argentina on the basis of the Chinese ACP-1000 (Hualong One) nuclear reactor. The agreement between China National Nuclear Corporation (CNNC) and Nucleoelectrica Argentina SA (NASA) stipulates six-month-long negotiations between the sides and signing the contract by the end of the year.

Development of a nuclear reactor began in 1990s together with the Westinghouse company controlled by the Japanese Toshiba and French Framatome (currently Areva). In November 2014, CNNC announced that the reactor will be first used in units 5 and 6 of the Fuqing nuclear power plant in Fujian province.

On February 4, the China Power Investment Corporation (CPI) and State Nuclear Power Technology Corporation (SNPT) announced their plans to merge. The CPI controls around 10 percent of the Chinese nuclear market, while the SNPT was established in 2007 to control the nuclear technologies received from Westinghouse. The merging was said to be yet another step by Beijing aimed at expanding its share of the international nuclear energy market.

CNNC has already delivered two of its CNP-200 (300 megawatts) nuclear installations to the Chasma nuclear power station in Pakistan. In 2013, the company announced that it would deliver two ACP-1000 reactors to the Karachi nuclear power plant. Aside from CNNC, two other Chinese companies have signed agreements on nuclear reactors construction for foreign plants.

In the next 10-15 years China plans to introduce up to 100 gigawatts of new nuclear capacity, which will make it the main competitor out of the existing players in the nuclear industry, Nigmatullin said. China's share of the atomic industry will rise as US and French companies will leave the market. The signing of relevant contracts will take 3-4 years, the expert claimed. The most intense competition will take place in the developing markets of the Middle East, India, Latin America and Asia, where the population is constantly growing and the need for energy resources is rapidly increasing.

"Every year Iran and Turkey, which jointly have a population of around 155 million people, increase their nuclear capacity by about 10 gigawatts of power. This is a similar amount to the USSR in the 1980s, but the country's population was 280 million people then," Nigmatullin said.

According to Nigmatullin, in order to retain its share in the market, in the next 5-6 years Russia must sign contracts on the construction of nuclear power plants wherever possible, securing its interests for the next 15 years. The Russian atomic industry has certain advantages over the Chinese, including projects that are already in place and proven technologies. The technologies have not only been used in Russia, but in the construction of nuclear plants in other countries, including India, China and Iran. Nigmatullin also said that ruble devaluation gave Russia unique advantages, making construction costs much lower than before.