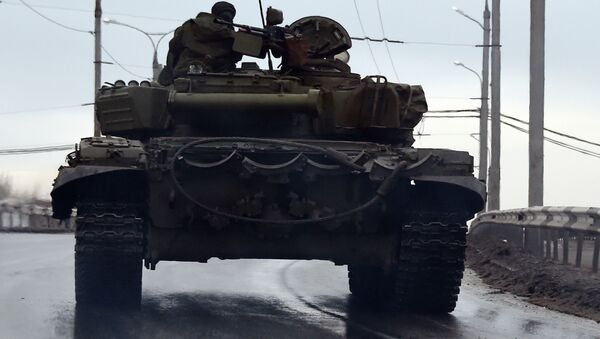 "As a result of the night shelling in Donetsk, 14 civilians were injured in Kuybyshevsky and Petrovsky regions," Basurin told the Donetsk News Agency.

Basurin stated that the Ukrainian armed forces attacked the settlements and militia positions in the DPR around 30 times during the night.

According to the DPR official, three Donetsk residents were killed in the past 24 hours, with another 19 wounded.

Basurin's statement came following Saturday's Contact Group meeting on reconciling the Ukrainian crisis in Minsk. Representatives from the breakaway Donetsk and Luhansk republics, as well as envoys from Moscow, Kiev and the Organization for Security and Co-operation in Europe attended the negotiations, yet the parties failed to reach an agreement.

Despite the ceasefire deal inked by Kiev and independence supporters in September 2014, hostilities continue in the war-torn eastern Ukraine. Violence has intensified in recent weeks, with both sides trading blame for shellings, driving up civilian death toll.