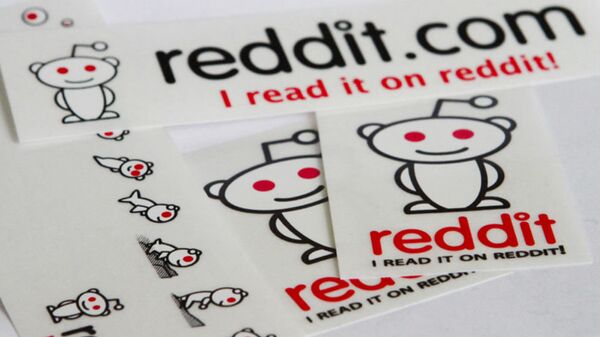 CC BY 2.0 / Eva Blue / Reddit sticker - 3
Subscribe
Reddit published its first ever “transparency report” on Friday, a new practice intended to inform the public about how it handles requests for user data or for the removal of content from the site.

The news, entertainment and social networking site says it handed over at least some user information in response to 58% of all government and civil requests and in 64% of all U.S. state & federal government requests.

The report was meant “to keep people up to date on our practices and how we treat your data,” Pao added. “We will never change our policies in a way that affects your rights without giving you time to read the policy and give us feedback.”

Despite the over 174 million users of the site, Reddit reports it only received requests regarding 78 of them.

"Many government requests we receive contain demands to withhold notice from users that carry no legal weight. We actively disregard these non-binding demands. Our goal is to give users the information they need to seek legal advice before their records are disclosed," says Reddit.
© Redditt

Requests from authorities are “usually legitimate,” Reddit said in a blog post, adding, however, that  “we push back on any that we view as overbroad or unnecessarily invasive of privacy."

The popular site — where community members submit and discuss content such as news, images and opinions — said it normally informs users if their data is being handed over, except in cases where “a court order prohibits us or if there is a threat of imminent and serious bodily harm to a person.”

Among the 2014 requests, 30% included a court order to prevent Reddit from informing the targeted user that their information was being sought by authorities. Reddit also says it successfully challenged two subpoenas that sought the identities of anonymous users.

In contrast to the government requests which they assessed as mostly legitimate, Reddit says they have very narrow standards for removing specific content — not entire comment threads — and that they “pushed back” against takedown requests 62% of the time.

“We rejected many copyright takedown requests because they did not include the information required by the Digital Millennium Copyright Act (DMCA),” the report explains.

"We regularly receive notices demanding the removal of user-submitted content from our site due to alleged violations of copyright, trademark, or other laws," says Reddit.
© Reddit

Demands for Transparency from Internet Companies

In recent years, many of the largest online companies have started issuing transparency reports — especially in the wake of whistleblower Edward Snowden’s revelations about industry compliance with government requests.

Google has been publishing its transparency reports since 2011 and Apple started in 2013.

Though Reddit is not included in the companies surveyed, the Electronic Frontier Foundation publishes an annual Who’s Got Your Back? report evaluating top industry players’ willingness to stand up for their users’ and customers’ privacy.

In 2014, the photo sharing app, SnapChat, was the only company to come away with only 1 out of 6 possible “gold stars.” The only criteria they met was publishing guidelines on how they deal with law enforcement.

Reddit users also quickly picked up on what is known as a “warrant canary” in the report, which said the company has “never received a National Security Letter, an order under the Foreign Intelligence Surveillance Act, or any other classified request for user information.”

A classified request would probably be accompanied by a gag order preventing the company from disclosing it to the public. A “warrant canary” is the inclusion of language in a regular report which, if it ever disappears from a new version of the report, would indicate that such a classified request had been received without technically violating the gag order.

Warrant canaries are now widespread in the tech world but also existed in the analog world. One of the early widely publicized instances of a warrant canary was by librarians in response to the Patriot Act’s gagging clauses. Vermont librarian Jessamyn West, for example, posted a sign that read “The FBI has not been here. Watch very closely for the removal of this sign.”