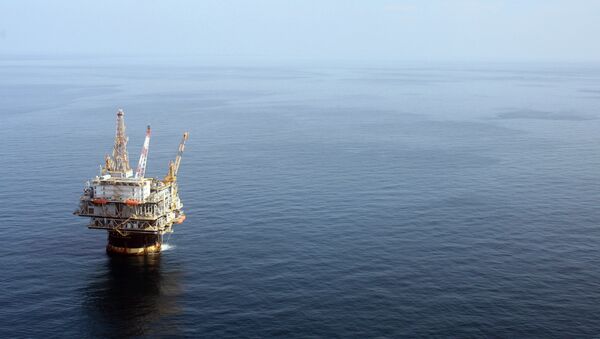 © AP Photo / Mary Altaffer, file
Subscribe
The United States has not learned its lesson from the BP oil spill in 2010, experts say. President Obama should reconsider his plans on opening up the Atlantic Coast region for offshore oil drilling.

“The expansion of offshore leasing for oil and gas exploration is not a sufficient stand-in for a long-term, coherent oil policy that prioritizes the production and use of relatively cleaner, less environmentally challenged oils,” an Associate at the Carnegie Endowment for International Peace’ Energy and Climate Program David Livingston told Sputnik on Wednesday.

Livingston argued that such oil and gas exploration plan in the Atlantic coastal region “pushes the production of more problematic oils further into the future.”

On Tuesday, the US Department of Interior introduced the Obama administration’s a plan to open up large portions of the Mid- and Southern Atlantic offshore areas to oil and natural gas drilling leases.

As part of the US Oil and Gas Leasing Program for 2017-2022, drilling platforms and pipelines would be built in areas off the shores of Virginia, Georgia and North and South Carolina. Additionally, other potential offshore lease sales would be expanded in areas including the Gulf of Mexico, according to the department’s proposal.

Although the offshore oil drilling plan has yet to be finalized, the White House said on Wednesday that it was “consistent” with President Obama’s “All-of-the-Above Energy Strategy” plan which supports economic growth, job creation, clean energy and energy security.

“We are disappointed with the president’s decision to open the Atlantic Coast to offshore drilling from Virginia and South to Georgia,” Besa said. “We feel it’s inconsistent with his strong commitment to climate change protection and we hope that he’ll reconsider that decision before the final lease plan is issued.”

Several other US Senators, many of whom from US East coast states, also expressed their opposition to the offshore oil drilling plan following the Department of Interior’s announcement. The Senators cautioned the US public against future offshore drilling developments by reminding them about the 2010 BP oil spill, the largest one in history.

“As we’ve seen, time and time again, oil spills do not respect state boundaries," US Democratic Senator Ben Cardin of Maryland and a senior member of the Environmental and Public Works Committee, said in statement on Wednesday. “We are still trying to clean up after the BP oil spill. Everyone from Maryland watermen to small business owners are put at risk by drilling off the Atlantic Coast.”

Professor of Civil and Environmental Engineering at the University of Southern California Najmedin Meshkati who served on the committee that investigated the causes of the BP Deepwater Horizon explosion, told Sputnik that he does not think that the United States has learned its lesson since the BP oil spill.

Texas City Fracking Ban Challenges State's Supremacy Over Drilling
Meshkati said that the United State’s has taken steps towards improving its “safety culture of the offshore drilling industry,” and although those lessons have been “encouraging,” they are still “not enough.”

Following the BP oil spill in 2010, for almost five months, about 4.9 million of barrels of oil spilled into the Gulf of Mexico as a result of an explosion on the BP-chartered Deepwater Horizon oil rig. Hundreds of square miles of water and seafloor were contaminated, which led to massive wildlife death and habitat destruction along hundreds of miles of the US coast, from Louisiana to Florida.

Before the Obama administration’s offshore oil drilling plan is finalized, the US public, including states and stakeholder in the proposed project will be able to provide comments and input on it, according to the Department of Interior.